Episode #064 of the Paltrocast sees host Darren Paltrowitz host a roundtable interview with “Antarctica” stars Chloë Levine and Kimie Muroya, director Keith Bearden and producer Kim Jackson, as followed by a few minutes of a recent chat with Berlin frontman Terri Nunn. Besides talking about new releases, conversation topics include work ethic and life during COVID-19. 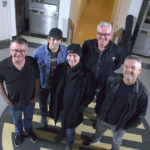 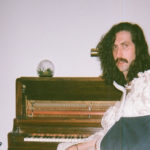