Beastie Boys disbanded in 2012 after the death of Adam Yauch and naturally, the prominence of the band waned after its demise. Yet, with the release of a “retrospective triumvirate” beginning in 2018 with Beastie Boys Book, followed by the Spike Jonze’s documentary Beastie Boys Story, then Beastie Boys Music, they served as channels in which the trio from New York City could continue to be appreciated by fans and first-timers alike.

The book and movie deservedly received critical acclaim with their in-depth portrayal of Michael Diamond, Adam Horowitz, and Yauch, who wrote, recorded, and toured together in Beastie Boys from 1982 up until 2012.

Beastie Boys Music is a masterfully-chosen compilation of 20 songs that shine the light on a band that, along with Run-D.M.C., brought rap-rock and hip-hop into mainstream popularity. All throughout the Beasties career, however, they were experimenting and pushing the boundaries musically. It would be limiting to dub them as just rap or hip-hop. Offered in CD, digital, and 2LP vinyl, Beastie Boys Music is a must-have for hardcore fans, musicologists, newbies, or anyone who just wants to get down. 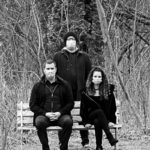 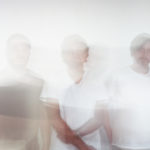