Are you ready to get your groove on? Because we got the soundtrack to help you get down today with “Bad Fiction,” the brand new single from TV Queens, and the title track to the band’s forthcoming album which drops on February 19th, via Overthought Musik. Even though they’re a relatively new creation, the members of the group go way back and have come together in an effort to get you moving. “Bad Fiction” is an upbeat party track, with an unmistakable classic synth influence. The band has taken those ‘80s dance influences and conjoined them with modern songwriting sensibilities to create something retro that still fits in within today’s listening culture.

Despite its lively tone, the song discusses some serious and topical subject matter, with themes of self-isolation and political unrest touched on within the landscape of the tumultuous year that 2020 was. It offers something of a perspective on the devastating year we just experienced, and particularly how it affected the United States.

Regarding the song’s theme and its musical influences, the band commented, “It’s probably pretty obvious that this was an attempt to cop some ‘80s Prince vibe. I love those ‘80s albums and had been listening a lot to them so I tried to put something together as best as I could in that vein. Nathan (Peters) caught on immediately and did his thing with it along with Maria (Dixon). His lyrics are most definitely affected by the shit show that was the summer of 2020 so there’s some good old fashioned desperation and paranoia nested in there.”

The Dayton, Ohio-based TV Queens includes the aforementioned Maria Dixon, formerly of Me & Mountains and Lioness, Nathan Peters of Lioness and Captain of Industry, and Darryl Robbins, known for his work with Dirty Walk, Motel Beds, and Company Man. The band started when Robbins began to experiment with different sounds, which led him towards new wave, synth-like melodies, with Devo, Data, and Mathématiques Modernes serving as direct inspiration. What was missing from these experimentations though was a true voice that could infuse these sounds with the energy they required, which led Robbins to ask Peters if he’d be interested in working together. The two had been longtime friends, but had never formally worked together. Peters felt that his bandmate, Dixon, would be a good match for the sound they were pursuing, and TV Queens was born.

“Bad Fiction” is the title track to the band’s forthcoming new album that will be released via Overthought Musik. TV Queens are intent on being your ultimate quarantine band, one that can bring out those positive vibes and put a smile on your face, even though you have no place to go. 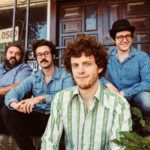 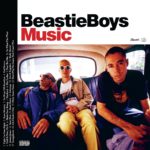