Psychedelic, funk, hip-hop duo Phriendly Phoes released their debut album, Harmless, on November 20. The album is full of sultry, sleek songs with an irresistible groove. Infused with punk rock vocals and the duo’s funk essence, Harmless demonstrates Phriendly Phoes’ way of creatively stepping outside of the box. The band consists of Pete Schreiber on percussion, washboard, beatbox, and vocals, and Sean Thurman on guitar, drums, bass keys, vocals, and commanding all of the loops. They mix the live experimentation of a Jam Band with the party vibe of a DJ, playing a wide variety of genres and never playing the same set twice.

Over quarantine, Phriendly Phoes played weekly live stream shows and began developing what would soon turn into their debut album. “We basically took ideas from our improvised sessions and used them as jumping-off points to write new original songs,” says Sean Thurman, member of the band. Harmless formed out of those casual groove sessions and became the leading project for the duo’s big debut. Phriendly Phoes are in the midst of releasing a new lyric video for the tracks on the album every week.

Phriendly Phoes have done several theme sets (Halloween, 420, TV Theme songs, tributes to Prince, Talking Heads and more…) all of which are recorded and released on their Soundcloud page with 5K+ streams. They also have a monthly residency at The Ontario House aka “Stone Jug” in Youngstown, NY. During the first few months of quarantine, Phriendly Phoes did a weekly livestream on their Facebook page to their fans, and began to develop original music that would become their debut album Harmless. 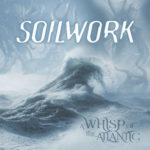 Soilwork – ‘A Whisp Of The Atlantic’ [EP] [Album Review] 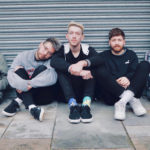