It’s an unfortunate fact that there really aren’t that many true, up and coming MCs anymore. Hip-hop has veered off into such different areas in recent years that the MC is something of a dying breed, at least when it comes to young artists. Keeping the soul and the spirit of the MC alive as they are meant to be is Jada Imani, the 22-year-old Bay Area rapper who goes to great lengths to remain true to herself and her art.

Imani is getting set to release her new EP, Jojoba, on December 4th, but you can hear it all in its entirety today, prior to its much-anticipated release. Featuring smooth verses and inspired by neo-soul music, Jojoba is very much influenced by the atmosphere of The Big Island, Hawaii, the location which Imani chose to finish these songs. The EP is just the second of a six-month series that the artist has planned, with a new project set to be released each month that will feature a different producer each time.

With some words on the recording of each track featured on Jojoba, Imani said, “Every track of Jojoba was made in a peculiar place. I recorded track one, ‘What You Really Want’ on a yoga mat on the floor of my little sister’s room. I made ‘Divide’ from my bed and wrote ‘Ticket’ while I was parked by the Hawaiian ocean, bawling over a parking ticket (laughs). Life is wild.”

Born in East St. Louis and then raised in the Bay Area, Imani sound reflects her diverse musical interests, all the way from jazz-funk band Hiatus Kaiyote to soul and R&B legend Stevie Wonder. She revealed herself to the world with the release of her first two EPs Thought U Knew and Blend, which both featured a witty, lo-fi sound. Jojoba was preceded by Saline, the first EP to be released in her six-part series. The project will further develop her sharp verses, ethereal vocals, and gritty lyrics and by the end of it, listeners will be able to observe the musical evolution that Imani is currently in the midst of.

Aside from being a respected MC, Imani is also a community organizer who works towards helping other young artists who are beginning to emerge in her area. In recent years, she has helped curate over 200 music showcases in the Bay Area with the help of partners like Adidas, the Oakland Museum of California, and the ACLU. True to herself and to her art, Jada Imani has certainly earned her role as a respected MC. 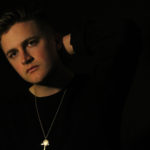 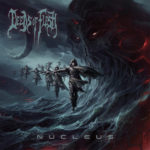