Returning after a seven-year hiatus, Nucleus, the ninth album from technical death metal band Deeds of Flesh, is one that is tinged with sadness. The first album from the group since the tragic passing of their guitarist/vocalist Erik Lindmark, Nucleus sees the band joined by what feels like an A-Z of extreme metal guests for this celebration of the act Lindmark made such a force in the extreme metal world.

Heading up the star-studded extreme metal cast is Luc Lemey from Gorguts, and he’s joined by Cannibal Corpse frontman George “Corpsegrinder” Fischer, Suffocation’s Frank Mullen and Pathology’s Obie Flett amongst others. For any death metal fan worth their salt looking down that list, they should get a tingly feeling because, credit where credit is due, it’s an impressive guest list. Thankfully, the standard of the music matches the standard of the featured musicians. Shudderingly heavy death metal, the likes of the Corpsegrinder-soaked “Ethereal Ancestors,” are clinical and unrelenting in their execution while “Races Conjoined” features the foul tones of Suffocation’s Frank Mullin and is as sludgy and chuggy as you’d expect.

The title track sees Dying Fetus gurgler John Gallagher lending his voice to proceedings for five minutes of frantic brutality. “Ascension Vortex,” earlier on in the album, is a pummelling lesson in death metal from the band assisted by members of Decrepit Birth, Pathology, Odious Mortem and Severed Savior. Understandably, the group has gone all out on this album paying tribute to a man who has not only made this band such a force in the extreme metal scene but was the brains behind their label, Unique Leader. Picking up his legacy, Nucleus is a thunderous affair that sees the band and their mates bulldozing through each track like the seasoned death metal veterans they are.

It’s hard to fault Nucleus because even taking the backstory behind the album out of the equation, it’s another solid effort to the band’s impressive discography. As a tribute to their fallen bandmate, Deeds of Flesh and their friends in the extreme metal scene have done Lindmark proud and he’ll no doubt be somewhere looking on with a wry smile on his face knowing that his band has been left in good hands. 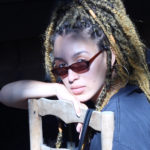 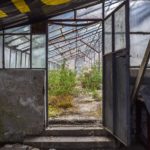 “Svatopluk, Greenhouses, Train Stations and the Most Pointless Story Ever”