Located in the Old Testament, Proverbs 16:27 offers a bold revelation — “Idle hands are the devil’s workshop.” And when a gaggle of bored wives of influential Washington power players found they had more than a little spare time in 1985, they used their idle hands to launch the notorious Parents Music Resource Center (PMRC). These “concerned” self-appointed crusaders endeavored to clean up what they perceived as objectional music-related content (i.e., dirty rock lyrics) for the benefit of fellow ineffective adults who also were incapable of parenting their own children.

Ensuing Capitol Hill committee hearings stirred a media circus, resulting in major record labels all “bowing” and “voluntarily” affixing generic “Parental Advisory” warning stickers to the covers of any albums of any artists who leaned left of Debbie Gibson. But in the end, the “Washington Wives” and participating legislators only embarrassed themselves — wasting valuable time on “the Hill,” debating the relevance of Twisted Sister lyrics and unpacking the true meaning behind Def Leppard album titles. Ultimately, they only helped to bolster the careers of the very artists who they’d set out to exterminate. Case in point, the budding LA-based metal band, W.A.S.P.

Fronted by founding bassist and chief songwriter, Blackie Lawless, W.A.S.P. became an instant PMRC target with their self-titled 1984 debut LP and their controversial 12″ import single, “Animal (Fuck Like a Beast).” The hard-hitting album boasted a bounty of teen-targeted anthems oozing all the cerebral sensibility of a Spinal Tap after-show soiree, including the soon-to-be staples, “I Wanna Be Somebody,” “L.O.V.E. Machine” and “On Your Knees.”

While the PMRC provided a perfect PR launch pad, W.A.S.P. still needed a turbo-charged vessel in which to blast fully into the rock stratosphere. Produced by rising go-to ace, Spencer Proffer (Quiet Riot, Billy Thorpe), their sophomore set, The Last Command, arrived in stores via Capitol Records 35 years ago this week (November 9, 1985). It would prove to be the exact “projectile” they needed.

If your drummer sucks, then your band sucks — plain and simple. Conversely, if your guy is a master marksman, you can’t miss. In that regard, the drum work of newly-recruited, Steve Riley, hit like unrelenting cannon fire — obliterating the bullseye. The ferocious dual guitar buzz of Chris Holmes and Randy Piper — rib-cracking and heart-stopping. The Last Command also delivered a brave decree — vocally, there was the new “sheriff” in town. But he looked more like Elvira’s scrappy kid brother than he did Marshall Matt Dillon.

But chops and posturing don’t mean dick if you don’t got songs. And The Last Command picked up right where the band’s debut left off — and then carried the ball downfield another 30 yards with a slew of stadium-sized fist-pumpers.

“Wild Child” made for a mighty opener. An AOR-friendly standout with an impressive oft-played companion video, “Wild Child” still speaks to those who ride in life’s fast lane. Bursting with bona fide guitar-driven, cock-rock swagger, the lead-off single, “Blind in Texas” is arguably the greatest, most under-rated anthem of the arena rock era. The high-energy, old-time western-themed video enjoyed massive MTV exposure, and to this day, “Blind in Texas” serves as the band’s ultimate, most effective marketing tool. Hey, dude — let’s party!

Of the record’s numerous highlights, “Ballcrusher” and “Fistful of Diamonds” both packed the necessary testosterone-fueled fury to not compromise anyone’s personal metal perspective. Yet, “Jack Action” and “Sex Drive” provided sufficient libido-drenched inspiration to make you still wanna bang your partner.

The band soon would endure various (almost) inevitable splintered line-ups. However, Lawless has powered through, keeping the W.A,S.P. legacy alive for nearly four decades. And his well-publicized recent spiritual transformation has done little to diminish his street cred. In fact, when pinned to the darker themes of The Last Command, his current faith-focused message beams as a bright, authentic testimony — reinforcing his rep as a prolific songwriter, master storyteller and renowned rock performer. 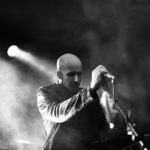 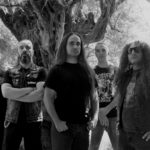