Through a career that has now spanned two decades, not to mention three solo album releases, Matt Boroff is ready to unveil his most Beautiful Machine yet. Giving you a tease of what’s to come on January 15th, 2021 when his brand new record, Beautiful Machine, is due, Boroff arrives with his music video for the album’s first single, “Let It Come Down,” a beautifully shot, cinematic, industrial-flavoured clip that features Boroff and his bandmates setting the room on fire with a blazing performance of this six-minute epic.

Well known and well regarded for his songwriting, originality, and ability to seamlessly maneuver in between genres, “Let It Come Down” thrives on its slashing rhythms, distorted vocals, and high octane energy. The song is very reminiscent of the sound of many of the industrial rock gods, most notably Nine Inch Nails and Ministry. A song of revolt, the track borrows its title from one of the final lines of the William Burroughs poem Apocalypse in which Burroughs describes “art and creative expression taking a literal and physical form.”

Discussing the development of “Let It Come Down,” Boroff said, “In what seems like several lifetimes ago to me now, a friend of mine made me a cassette with a collection of instrumentals and spoken word tracks on it that remained in my car stereo for the better part of 1995. Somewhere in the middle of that cassette, was the unmistakable voice of one William Burroughs reciting his nine minute poem Apocalypse. Burroughs’ voice came pouring out of the speakers chronicling a bizarre scene where art sprang to life and devoured the world in spasms of ecstasy. I still remember thinking, what the fuck did I just listen to? It melted my brain like a candle and molded the hot wax into a question mark. It was terrifying, hilarious, grotesque and sublime. In other words, it was all the things I cherished.

In more recent years, when I’d find myself staring up at the ceiling trying to make sense of current events, Burroughs’ words would often sail back into my thoughts like a ghost ship. You see, I’ve thought a lot about them because behind the all phantasmagoric imagery, I always got the feeling that they were revealing flashes of a primitive truth. It’s a truth that doesn’t seem to be addressing us as spectators, but instead seems to be a love letter to chaos itself. There’s a particular line right near the end, where with an almost robotic sense of detachment, Burroughs says the four words, ‘let it come down.’ That’s the line that always held particular significance for me, and I had no idea what it meant. Or to be more specific, it meant different things to me at different times, and that’s what attracted me to it.”

As a record, Beautiful Machine is Boroff at his most skilled and his most capable when it comes to songwriting. Through eleven new songs that range from thoughtful reflection to full-throttled intensity, Boroff acknowledges the uncertainty of our current times. There’s an urgency to the album, but it’s also highly immersive which is reflective of the unstable, and at times bitter emotional journey that has been the last few years.

Sonically, Beautiful Machine is quite a change for Boroff, trading his vintage guitar sound for more electronic textures that better reflect the pressing situation in which we find ourselves. If you’ve followed his career to any extent then you would know that it’s so typical of Boroff to never allow himself to rest on his laurels and get sucked into a comfortable sound in which he ends up recreating the same sound over and over. Since you can’t be certain of what you’ll get from Boroff musically, you can at least be certain that it’ll be challenging, captivating, and really fucking good. 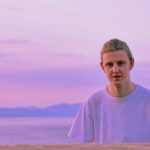 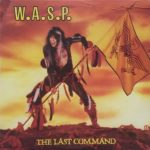