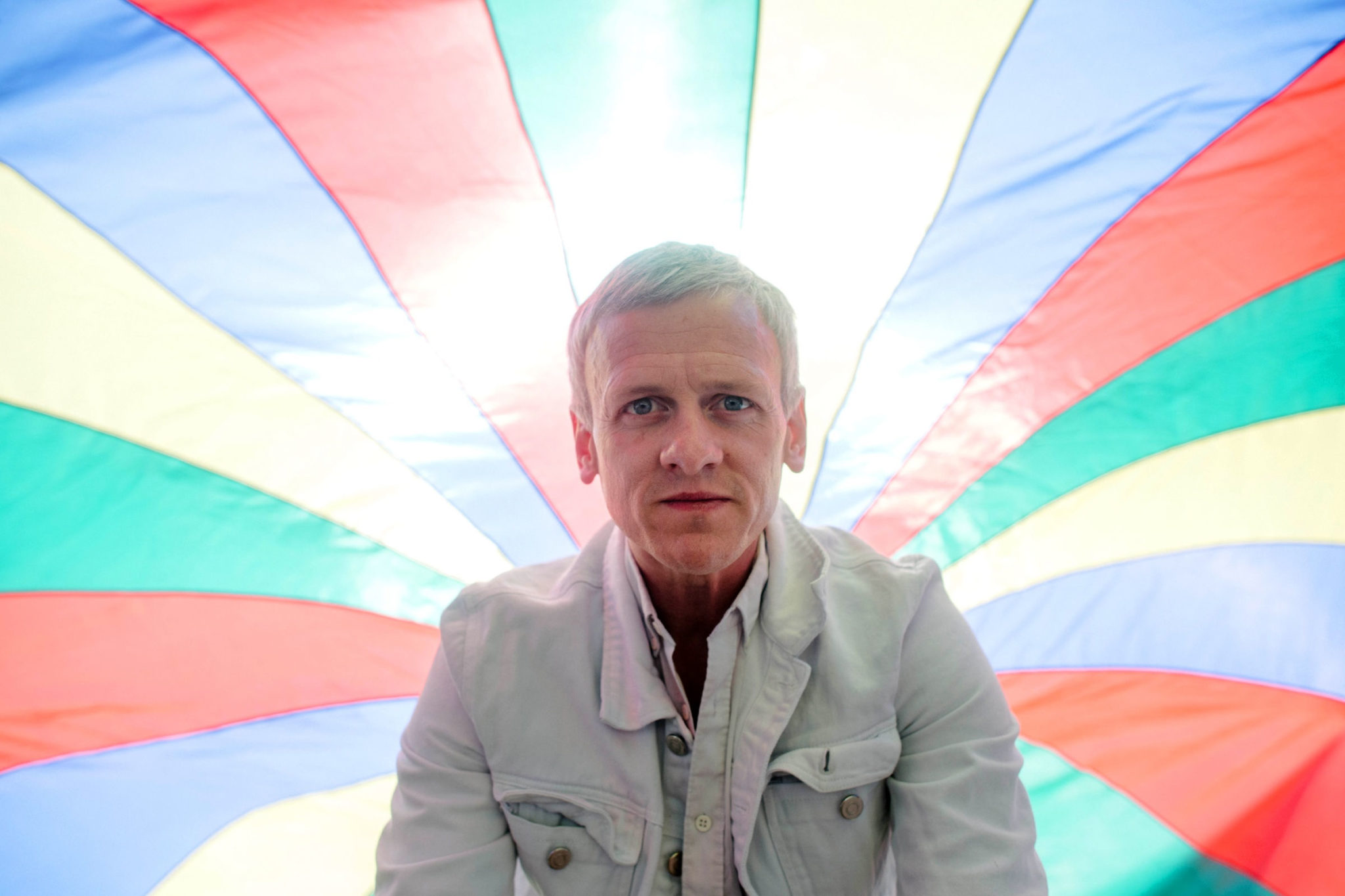 It’s three for the price of one today, with two brand new music videos from two talented artists who joined forces to record their own respective albums together. Christopher the Conquered and Gloom Balloon recently released their albums on the same day and are now releasing their own respective music videos at the same time, with the premiere of Gloom Balloon’s “Les Miserable” and Christopher the Conquered’s “This Is Not Love.”

You could say that these guys just get along really well because not only are they releasing videos and albums in conjunction with each other, but they also recorded their new records together, Gloom Balloon’s So Bergman Uses Bach To Get His Point Across, I Feel Like I Have Chosen Rock But At What A Cost, and Christopher’s I Am Christopher.

Christopher was an integral contributor to the Gloom Balloon record, while Patrick Tape Fleming, the mastermind behind Gloom Balloon, played on several songs contained on I Am Christopher. “This Is Not Love” is a breakup song and video, where Christopher is breaking up with you, the viewer, while Gloom Balloon’s video features Michelle Marie, the creator of One Second Dances and includes several One Second Dances she shot during the course of the pandemic. “Les Miserable” is also a breakup song and as the title suggests, it’s a miserable process.

With regards to “Les Miserable,” Fleming had this to say, “The song is about a break up. The first verse is a total reference to ‘Desolation Row’ by Bob Dylan, but I’m saying I’m way worse than Victor Hugo. He’s less miserable. I just thought that was a clever line, and the last thing Victor Hugo wrote before he died was ‘To Love Is To Act,’ which is pretty good advice if you don’t want to break up with someone.”

The video is by Michelle Marie of the ‘perpetual movement dictionary’ known as ‘One Second Dances’ and it represents how we shouldn’t take any second for granted! Michelle is also the female voice on the song. All of these one second videos were taken during quarantine, so any connection with humans on the other side of a phone or camera is important. We all are trying to be Les Miserable (less miserable), and dancing helps!”

In reference to “This Is Not Love,” Christopher said, “In 2020 you can’t break up in person, you do it on your phone. The viewer of this video is the person being broken up with. By asking a bunch of friends, fans, and other artists to participate, I’m giving the viewer the chance to choose their own adventure and to pick which person in the video they are breaking up with (or is breaking up with them!) In the song, the two people singing are in a relationship, but it is not love. With the video, the viewer isn’t in a real relationship with anyone in the video, so this also is not love. This is why the break-up has to happen.

Some of the guest stars include guys from the first band I ever played in, fans who contributed to the ending sound collage on the album, people in bands that I’ve shared bills with over the years, and some who have performed on stage with me or contributed to my albums. And of course Patrick from Gloom Balloon is in there! All the footage was shot in the last month, on cell phones. My only direction was to imagine how you would break up with someone if you had to do it over FaceTime.”

The guys had this to say about the documentary, “The definition of magic is the art of producing illusions as entertainment by the use of sleight of hand and deceptive devices. We show you the opposite here. You see it all, the behind the scenes, and the scenes taking place. Just a little touch of magic. Since we could not play an album release show or head out on tour to promote our albums, we decided to make a film about the magic of trying to create beautiful art, and putting it into the world in very trying times. The whole film is made by us. Christopher of Christopher the Conquered, Patrick of Gloom Balloon, and Logan Christian who also engineered both of our new albums. It’s filmed at Midday Studios where we made both of our records.”

While his current residence is Colorado, Chris grew up in Iowa. Over the last decade, he really hasn’t been home very much at all though, thanks to his nomadic lifestyle that has included an enormous amount of touring. Leon Russell, Andrew Bird, Sturgill Simpson, and The Mountain Goats are just a few of the artists that Chris has gone on tour with. As its title infers, I Am Christopher is a reflective collection of songs, but it never gets overly serious or too self-indulgent. Each track is quite catchy and distinctive for the fact that they’re chock full of humour. It’s that unique sense of humour which makes Chris such a memorable live performer, where he’ll not only entertain you, but also give you a few good laughs.

Also from Iowa, Fleming took a grand approach towards his new record. Just the title, So Bergman Uses Bach To Get His Point Across, I Feel Like I Have Chosen Rock But At What A Cost, implies that this is going to be a musical experience like no other. When you think of someone being a multi-instrumentalist, you typically think of them playing maybe four or five different instruments, but this characterization just doesn’t fit Fleming. On this new record, he was responsible for playing 32 different instruments and on top of that, he had no less than 22 guest musicians assist throughout the recording process! Fleming wanted his record to have a communal type sound with a big sound. We are living through an age of isolation so rather than reflect our insufferable realities, Fleming chose to record an album that would emphasize togetherness over segregation.

2020 is the year of bad luck and negativity and both Christopher The Conquered and Gloom Balloon have channeled this in their new breakup singles. But fortunately with these two artists, we can indulge in our misery for a few minutes and try to get through it all together.