Loaded with character and “Spirit,” Chair Warriors are up to their old tricks again with their brand new single. A talented ensemble that we have been touting now for years, “Spirit” is something of a different sound for the band as compared to what you heard on their last EP Dawn of Edo and most recent single “BADWORLD,” which were both released last year.

“Spirit” features Chair Warriors at their most polished and most capable, thanks in part to the contributions of producer David Bottrill who mixed the track. You’d have to have been living under a rock n’ roll rock for three decades to not know Bottrill, a legendary behind the scenes contributor who has won three Grammys working with Tool, Smashing Pumpkins, Peter Gabriel, and Muse, just to name a few.

Explaining “Spirit” and where it stands within their growing arsenal of songs, the band explained, “‘Spirit’ is the second track to be released out of a slew of new upcoming material that breaks the mold we originally created with our previous EP Dawn of Edo. It is a story about an ‘entity’ that appears and wishes to convey a very important message, namely of who and what you are, and how your understanding of his bestowed knowledge can change the fate of your entire world for the better. The track takes a considerable leap away from our previous track, ‘BADWORLD,’ by being all about classic ‘80s synths and a retro-wave aesthetic while maintaining signature elements of our earlier work. If you are feeling a little new wave nostalgia, we know this song will check all the boxes and have you humming its infectious melodies repeatedly!”

“Spirit” is just a taste of what’s soon to come from Chair Warriors, as they work ahead on completing a new full-length album. In their eleven years together, the group has been a staple of the Montreal indie music scene, creating a buzz that has made them one of the city’s biggest draws. Led by the charismatic Brandon Mignacca on lead vocals and keyboards, the band is completed by guitarist Robert Flis, and drummer Gopal Devanathan.

Their debut EP, A Thousand Words, immediately began to impress upon its release in 2012 which was followed by the release of the “Saviours” and “Liars” singles the following year. It’s been a slow but steady climb for this indie-rock trio, but it’s started to really pay off recently and with a new record soon on the way, Chair Warriors are about to get a whole lot more respect and recognition. 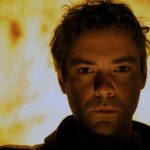 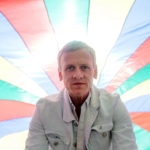