If 2020 has taught us anything, it’s the sheer amount of people who are either forgotten or disregarded. We’ve been hearing it in the news for eight months now, how many elderly, working-class, or minority level people have been negatively affected by the dreaded COVID-19. We seem to have accepted the fact that some people matter more than others, and this unfortunate realization is something musician Christopher Hill is drawing attention to in his latest single, “Coronavirus Prison Blues,” and its accompanying music video.

The new video may be a little odd and, at times, somewhat comical, but make no mistake about it, Hill is out to make a strong, politically-charged statement on the current state of society and the underrepresented. The song comes from his latest album, Keeping America All Better Again, or KAABA for short, which features nine songs full of forceful commentary about political reform and social justice, two topics that have dominated the 2020 news cycle.

Explaining what inspired him to write this insightful tune, Hill said, “After the start of the COVID-19 lockdown, I saw a spot about coronavirus infecting prisons. No social distancing…no proper safety procedures….prisoners were sitting ducks. It was then that I realized the song needed to be about the plight of these inmates. Many of whom disproportionately were and are people of color. I saw a sign in a prison window that said ‘Help We Matter Too.’ This line became part of the chorus of ‘Coronavirus Prison Blues.’”

Hill composed KAABA as a sequel to his political, science fiction, protest “opera” Making America All Better Again, or MAABA for short. MAABA was a story centred around the peaceful fight of resistance heroes and their dark reality living within the constraints of the dysfunctional, and morally bankrupt “President Golden Hair,” aka “Overlord Orange Skin.” KAABA veers between calls for political reform and social justice, and very personal territory, before ending off with a strong statement in favour of the Black Lives Matter movement.

What Hill hopes to accomplish with KAABA is to help wake people up so that we can take positive action now to work towards change and make better choices regarding who we choose to represent us as political leaders. In recording MAABA, Hill looked to other singers and musicians for assistance, but KAABA is a complete solo effort, with Hill playing all of the instruments and performing all of the vocals. This is an artist with lots to say, but rather than bore you with an ordinary approach, Hill has conjured up some of his most original work yet. 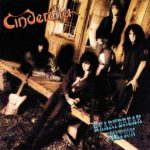 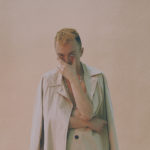