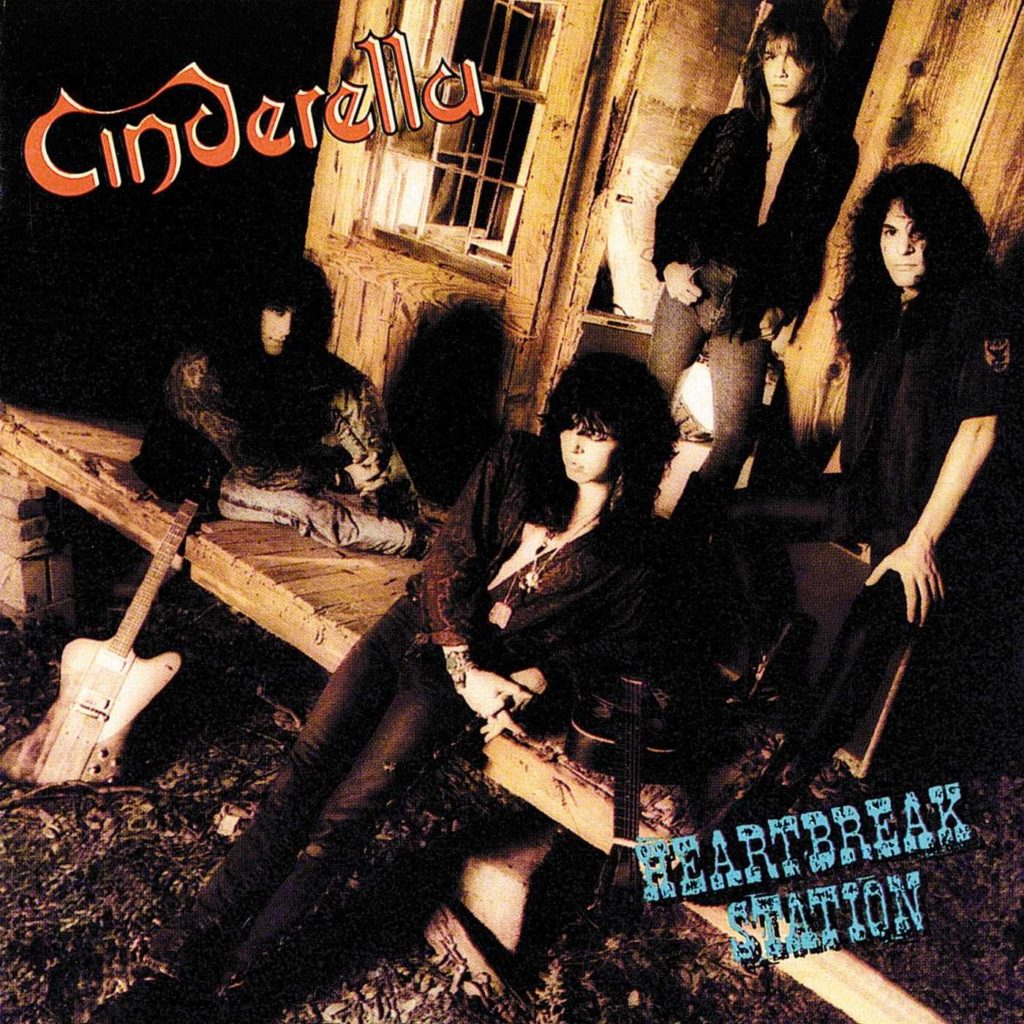 For their more astute followers, the musical evolution of Cinderella was wonderful to behold. Their hard-hitting 1986 debut, Night Songs, was a custom fit for the arena-crazed decade. Less glitzy and more organic, their 1988 sophomore set, Long Cold Winter, led the band in a decidedly bluesier direction. Given the impressive multi-platinum results of these first two LPs, the stage now was set for Cinderella to unleash their masterpiece. And 30 years ago this month (November 1990), the band’s highly-anticipated third record arrived worldwide.

“There was a magic going on when
we recorded Heartbreak Station. It’s
my favorite of the ones we’ve made.”
–Tom Keifer

Heartbreak Station hit the Billboard Top 20 in short order, and it soon became Cinderella’s third consecutive million-selling slab. But what made the record so successful, and what continues to endear the 11-track collection to so many, was (and still is) the honesty and purity of the songs. Tom Keifer was firing on all creative cylinders, and as a result, Heartbreak Station was a tour de force.

Bursting with blues-inspired brashness, “The More Things Change” was a massive opener. A tag-team songwriting effort between Keifer and bassist, Eric Brittingham, the funk-fueled “Love’s Got Me Doin’ Time” stunk from the groove, while the gospel-tinged “Shelter Me” rode onto the Top 40 with a Buick-sized hook.

“We really had a good time making that record.”
–Tom Keifer

A beautifully orchestrated acoustic “heartbreak” ballad, the soaring title track remains a career-defining epic. Drummer Fred Coury packs plenty of punch and BÖC-caliber cowbell on both “Sick for the Cure” and “Make Your Own Way” — guitar-driven bruisers, punished to perfection by Jeff LaBar. A countrified coming of age classic, “One for Rock and Roll” harvests layers of lap steel and mandolin — making for a bona fide “purple sage” moment.

The Cinderella catalogue is rather concise. However, in the span of just four records, the band created an incredible body of work that showcases impeccable songwriting and musicianship far more reflective of their vinyl-era influences than the aerosol-sprayed decade in which they’re too often associated — “heartbreaking,”  indeed. Fortunately, Heartbreak Station serves as a timeless testament to their true integrity.