Fusing elements of emo and trap with alt-pop sensibilities, Swedish artist Boy Destroy gave us the first glimpse into his beautifully raw and vulnerable universe through his recent single, “Warpaint.”

Inspired by artists including My Chemical Romance, Jeff Buckley, and Joji, Boy Destroy hit us up with a “virtual” mixtape of his favourite songs—so get reading and streaming below! Check out his choices, and why he picked them.

“This song sounds like murder and sex, I think.”

“The song that got me into Radiohead some years back. This entire album is something else.”

“If you know the story about him and his father the lyrics really hit hard. A song about longing and loss.”

“The outro, when Gus Dapperton goes down an octave and talk-sings the chorus. Wow.”

“Nothing sounds like this. It’s a world of it’s own.”

“I’ve got so many memories connected to this song. Stealing cigarettes and smoking them behind the school I went to. Trying to learn the riff on guitar when I was thirteen.”

“This song works in two ways because it’s both comforting and depressing.”

“I think this whole album really evolves the soundscape Joji has built up over these last few years.”

“In my opinion, this is Ozzy’s best vocal performance. No contest.” 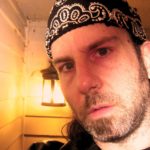 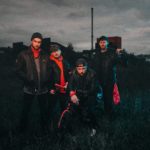