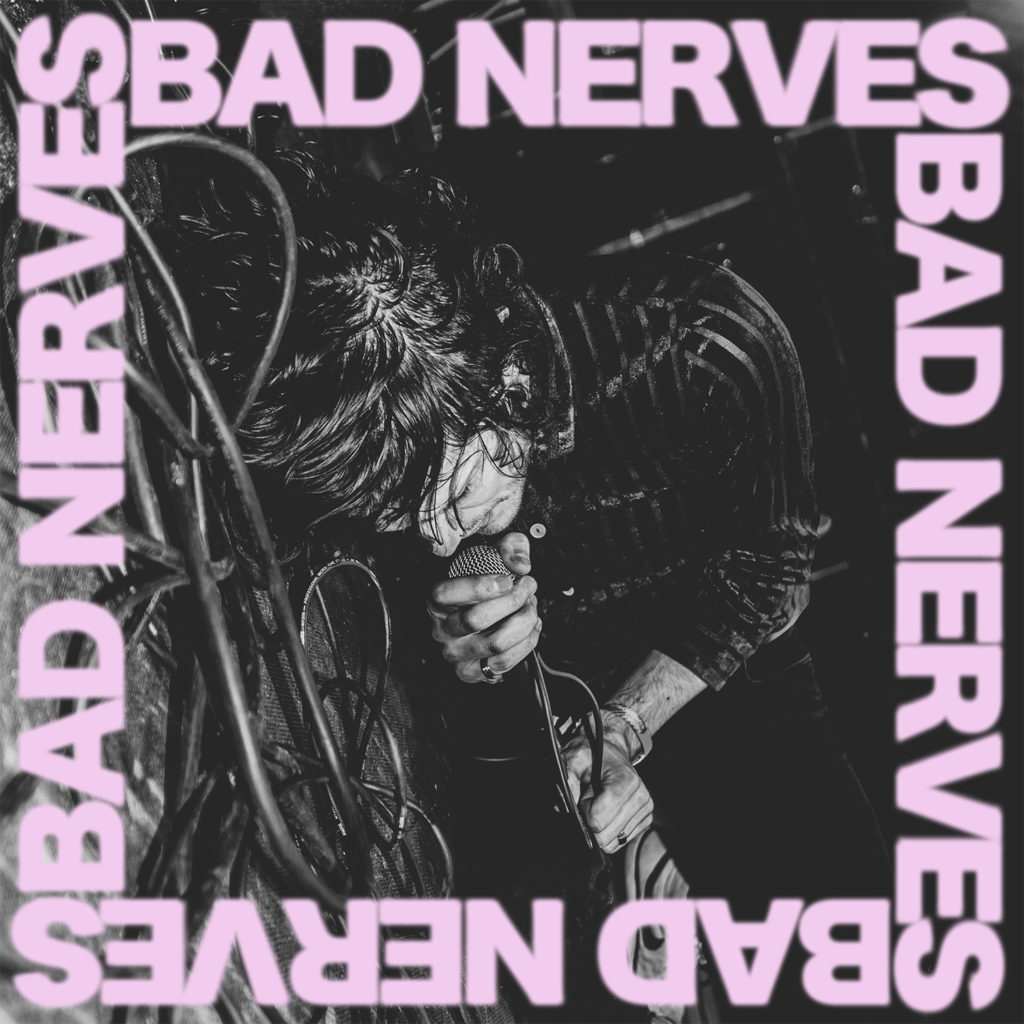 If you’re like us, then you’ll love albums that do what they say on the tin. Why wouldn’t you? Well, if that is you, point your ears in the direction of Bad Nerves, the self-titled debut from UK garage rock upstarts Bad Nerves. The twelve-track affair is a blistering, nerve-jangling ride which, from start to finish, has one speed.

This caffeine-fuelled riot kickstarts with the brilliant garage-rock of “Can’t Be Mine” and, by the time those one hundred and eighty seconds have finished rattling around your head, then you’ll be ready for the rest of this record. It continues through track after track of high-energy guitar-smashing rock. “Mad Mind,” “Palace,” “Wasted Days,” Bad Nerves blast through track after track of pop-soaked punk. “New Shapes” sees the band put a sleazy twist on their sound while “Terminal Boy” is the sound of a band who’ve woken up hungover to fuck, slammed down a black coffee or two and headed straight into the rehearsal room.

Bad Nerves the album (and the band) is the sound you get when you cut your teeth on the dirty streets of London. It’s the sound of a group who’ve collectively got a record collection that spans sleaze rock, punk and indie. With each track weighing in at under three minutes, this hit and run of a record doesn’t want to waste your time. By taking less than a hundred and eighty seconds to burrow into your head, each punk-fuelled earworm is more brash and snotty than the one before it. At twenty-seven minutes long, Bad Nerves may feel like it over before it has started but, fuck me, what a ride!

Inspired by England’s messed-up class structure, Bad Nerves is an album steeped in honesty but also one that is an absolutely riotous listen. It’s not only the kind of record that you can put on if you’re ready to bring down the system but one that will provide the perfect soundtrack to those sex and drug-fuelled parties for which the dirty London underground is infamous.