Folk band Burris released their latest album Over You Pt. 1 on November 13. Over You is a two-part album that tells the story of a break-up and the whirlwind of emotions that follow. It starts with the heavy-hitting “Under The Ash Tree,” an angry song about the gut-wrenching end to a relationship. The album then continues to depict the ups and downs of getting over someone. It relays the feelings we all know and can relate to like sorrow, regret, forgiveness, longing, and confusion.

“To me, this album represents lost love,” says Chris Hochkeppel, the band’s founder and frontman. “Most of these songs were written after my first real heartbreak. It was a pain I had never felt before and still am learning from to this day.” Each track on the album will be paired with a music video, each set to release over time after the album is out. Hochkeppel hopes that Burris has created a work of art that not only comforts but also inspires those who have or will endure heartbreak. “There is always a period of grief and pain, but eventually those emotions are complimented by strength, knowledge, and growth,” says Hochkeppel.

Burris is made up of founding member and vocalist, Christopher Burris Hochkeppel, and a rotating cast of collaborators. Originally formed in Baton Rouge, Louisiana at the LSU School Of Music, the roots-rock group is now based in New Orleans. Burris can be seen playing all over the city as an acoustic act as well as a full-fledged, six-piece rock band. Burris pulls influences from old soul to modern jazz, but the band centers its eclectic sound around gritty New Orleans tradition and southern-folk music.

As a band, the nationally touring act has performed at French Quarter Fest, Festival International, Bethlehem’s Musikfest, Northgate Fest, Live After Five, and more. Following the release of Burris’ debut album, Meant To Be, in 2015, the group has since swept the south with new and innovative sounds. They will be releasing a sophomore album in 2020 with the help of legendary producer/engineer, Chris Finney. Members of Burris have shared the stage with George Porter Jr., Rebirth Brass Band, Snarky Puppy, FORQ, The Revivalists, Louisiana’s Leroux, Grace Potter, GIVERS and many more. 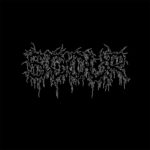 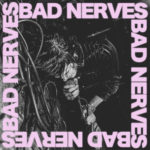