CJ Ray is happy that you’re along for the ride through “Death Valley!” The Chicago native is pleased to be releasing the video clip for his impassioned new song that features a classic, revved up 1980s rock influence, reminiscent of Van Halen or Bon Jovi.

Intermixed with on-location shots and studio performance parts, the video proved to be quite a challenge to actually shoot. Various obstacles presented themselves, most notably the dates for the video shoot being continuously rescheduled due to COVID-19. When Ray and the crew were finally able to go ahead with the video, it was unbearably hot, with the temperature in Death Valley reaching a high of 105 degrees. The crew powered through the shoot, though, and delivered some incredible areal shots of the Eastern California desert.

Explaining how the idea for “Death Valley” came to him, Ray shares, “Ironically, I was driving through Death Valley, on my way to LA, when the melody and words for the song came to my mind. I was experiencing a very intense time in my life. I hated where I was, how I was feeling and how I was acting. I felt trapped, betrayed, alone and hopeless-anger had taken control of me. These were many of the same feelings I experienced as a child so naturally, these experiences found their way into the song lyrics. Anger can be a terrible emotion when it is misunderstood. It burns like love but with completely opposite results: love brings peace, healing and life while anger brings strife, pain and death. It is terrifying to be in the Valley of Death but in my case, Death Valley forced me to look to God for deliverance. Ultimately, God is there to love and heal His children but sometimes hope is only revealed when things seem most hopeless.”

The Nevada-based Ray holds to a simple objective for his music; to help his listeners find joy and peace of mind in any situation in which they may find themselves. His songs are very lyric-centric, a form of storytelling songwriting in which he thrives. Ray combines clever hooks with messages of hope, love, contentment, and forgiveness. Growing up in the northern Chicago suburbs, he first began singing at church before beginning to pursue the guitar, drums, and songwriting more seriously in high school.

Funnily enough, Ray played as a drummer in a quartet that included the brilliant guitar rock legend Tom Morello. The band primarily played cover versions of songs from their favourite bands like Led Zeppelin, Van Halen, and Bad Company. Ray’s plans for the immediate future include releasing more singles in 2021 and hopefully recording a full-length record as well. If “Death Valley” is any evidence, we can be certain that whatever is coming soon from Ray will be well worth the wait. 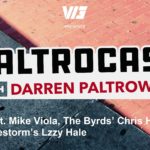 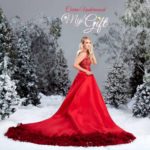