On this edition of the Paltrocast with Darren Paltrowitz, Darren speaks with Mike Viola (new album Godmuffin), The Byrds’ Chris Hillman (new memoir Time Between: My Life As A Byrd, Burrito & Beyond) and Halestorm’s Lzzy Hale (host of AXS TV‘s A Year In Music series). All 3 interviews were recorded in September and October 2020 in the midst of the still on-going COVID-19 pandemic. 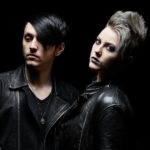 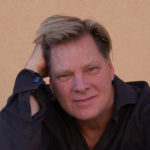