His new single may be titled “Always Blue,” but Ryan Webster is feeling appreciative. The thoughtful, affectionate song, due out officially via CatBeach Music, is about rediscovering that love within your relationship again. It’s not that it disappeared altogether; it may have just been misplaced and “Always Blue” rejoices at the reclamation of this feeling of affection and togetherness.

Webster was motivated to write the song after experiencing the feeling of falling in love with his wife again. Despite our various shortcomings and imperfections, we accept each other for who we are and in that acceptance, we can rekindle those particular feelings that we have not experienced for a long time. “Always Blue” is the first single from Ryan’s new album Stranger, a grouping of songs that he chose to write in more of a personal manner. Artistically, he wanted to expand on his debut album, The Point of Pointlessness, now that he has learned more about life, love, and himself over the last couple of years, making this a more well thought out and mature release.

Commenting on his thought process behind the new album, Ryan said, “Stranger is a snapshot of the last few years of challenges and victories, with some diversions into fiction and fantasy. I wanted this record to be more personal and accessible. I didn’t just write it for myself, I wrote it for all of us, right here in this little moment in time. It’s a coming to terms with my little place in this life.”

The creation of Stranger was actually set off by a terrifying event when Ryan’s daughter went missing on a family vacation. Fortunately, she was located safely, but the situation became a turning point for the singer-songwriter. Overcome with fear, anger and PTSD, Ryan used this horrifying turn of events as a motivating factor and fed it all into his songwriting which resulted in the recording of Stranger. The album is an important step forward in Ryan’s career and is his most mature work yet.

Growing up near Rochester, New York, Ryan spent most of his 20s moving between the east and west coasts before he settled on residing in Nashville, Tennessee. Experimenting with various musical styles, Ryan has concocted a clever hodgepodge of folk and Americana, along with elements of psychedelia, soul, and alternative rock. Now a more developed, cultivated version of himself, Ryan is thinking positively and looking forward to what the future will bring. 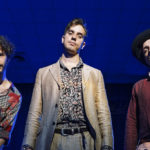 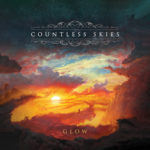