Standing ready to light up the UK metal scene, Glow, the second album from melodic death metallers Countless Skies, comes out November 6th via Willowtip Records. Taking their name from a track by Aussie melodeath titans Be’lakor there’s no surprise that this genre remains their core wheelhouse, however, as was seen on 2016’s debut, New Dawn, there’s also a progressive edge to the music that’s pushed even further on this sophomore release; even before listening, a three-part closing track hints towards this.

Opening with the somewhat familiar “Tempest” (released as a single in 2019 but re-recorded with higher quality for the album) the dynamic of Countless Skies’ music is quickly on display – harsh vocals from Ross King marry with bassist Phil Romeo’s soaring cleans, whilst the lead guitar work from James Pratt brings flavours of Markus Vanhala (of Insomnium and Omnium Gatherum fame) over the pounding drums from Nathan Robshaw – completing the formula from which a surprisingly diverse range of compositions are built across the length of Glow. Subsequent track “Summit,” the first single from the Glow recording sessions, demonstrates this range immediately – bringing choral elements contrasting with blastbeats and rich strings to convince the listener that this is no melodeath-by-numbers release.

“Moon” wouldn’t be out of place in Insomnium’s back catalogue: with Romeo’s clean vocals matching the track to their more recent releases and the riff-work reminiscent of earlier days such as on Since The Day It All Came Down; a melodic death metal band earning this comparison is praise as high as it comes. It forms probably the most “straight-up” melodeath track on the album, with it being followed by “Zephyr,” a near eight-minute epic which serves to warm up the listener for the three-part closer. Planet-sized guitar tones backed with strings support the growls of King, and there’s a storytelling journey through the length of just one track – with a range of moods and musical styles organically woven together through until the euphoric conclusion. Glow does not take long to convince of its quality, and one could very well be listening to some of the finest work of veterans of their genre, as opposed to an artist’s second album.

Moving into the three-part title track to conclude the album, “Glow” takes the listener through smooth cleans, haunting cello sections and rich, heavy segments with real depth. It’s a truly progressive piece, anchored to the group’s core style but not afraid to experiment with more playful elements occasionally akin to Devin Townsend or Dream Theater. Across its 20-minute plus length not once does it feel bloated or overindulgent, with dynamics and momentum masterfully managed through until the death of the album’s final notes.

In Glow, Countless Skies have an album which is not only the melodic death metal standout for the year, but also should serve as a seminal moment for the band – propelling them to new heights and the next step in their career. As mentioned throughout the review, there are moments where it is almost unbelievable this is a sophomore release, such is the level of maturity, diversity and quality of songwriting on display. Glow is a phenomenal record, and will undoubtedly be hitting many “album of the year” lists – mine included. 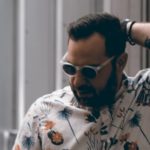 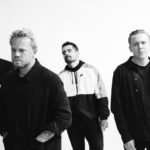