Artistic creativity can be a difficult fish to catch, but sometimes the best outlet to inventiveness is to simply revert back to your roots for inspiration. That’s exactly the avenue that singer and songwriter Darrel William Herbert took towards the creation of his brand new single, “To Your Side,” that’s being released as part of his new album, An Unwelcome Moment of Clarity.

Along with the release of “To Your Side” comes the song’s official music video, an imaginative part live, part animated performance video that sees Herbert pouring his heart out in his basement while his laundry spins around in the dryer behind him. It’s emblematic of the approach that he took towards writing the album, a back to basics, DIY affair that sees the former Toadies and Tomorrowpeople member rediscover his musical origins.

Explaining the context behind the writing of “To Your Side,” Herbert said, “I wrote this because my co-producer Mitch Marine was coming over to work on songs and I didn’t have anything new to show him. It took me about 30 minutes to come up with the whole thing. The best songs always come together really quickly.”

Considering his previous work, the sound of An Unwelcome Moment of Clarity may come as a surprise to some listeners when really this is exactly the type of album that Herbert was always meant to make. His musical upbringing largely centred around his exposure to Willy Nelson and Waylon Jennings-era country music before he more fully embraced alternative rock. You’ll find a lot of southern influences throughout the album, a collection of songs that Herbert wrote, recorded, mixed, and mastered all by himself, and even made the accompanying music videos.

There were a few key collaborators though which includes keyboardist Rich Hilton (Chic), guitarist Paul Williams (Tablet), and the aforementioned Mitch Marine (Dwight Yoakam) who provided drumming. Thematically, the record focuses on self-discovery and pushing ego and fear aside to see what you are capable of achieving. It’s all worked out very effectively, as Herbert has delivered the most personal songwriting of his impressive career. 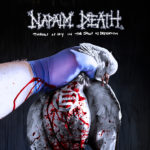 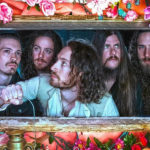