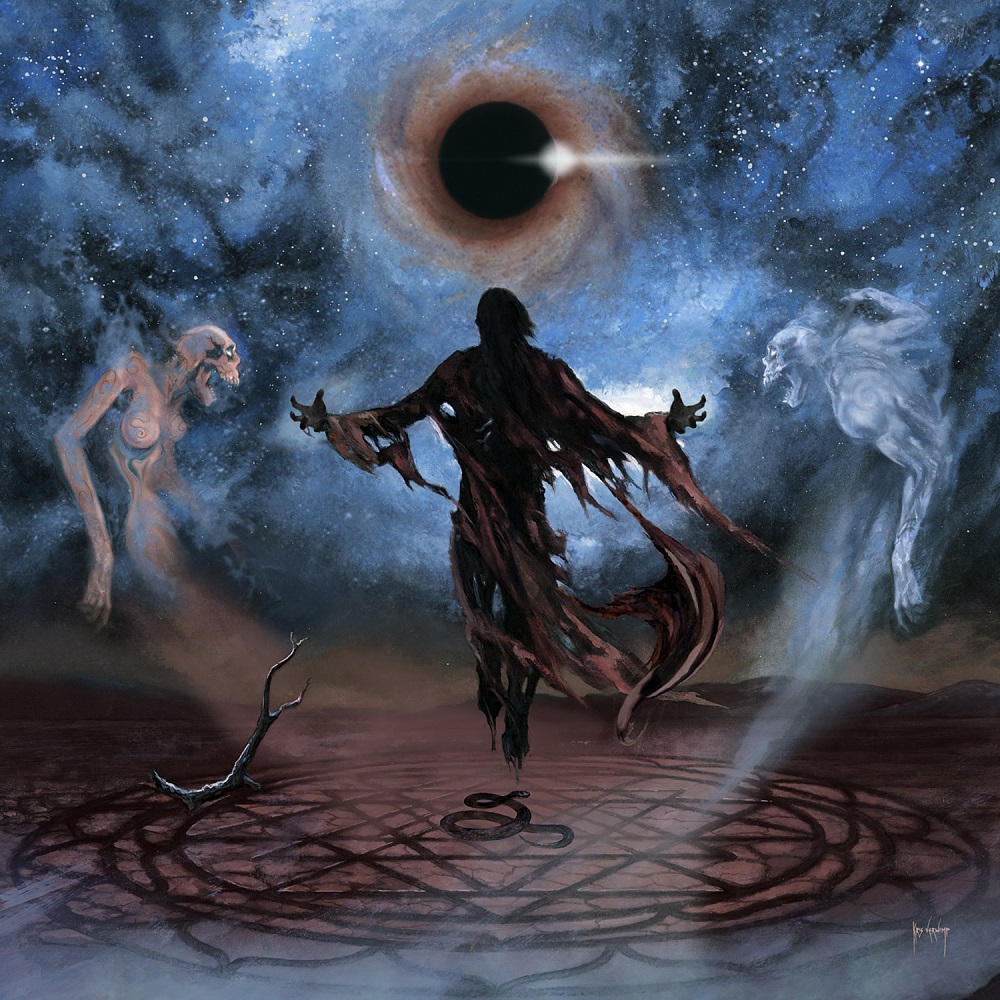 This may not be the most considered strategy, but I’m going to begin my review of UADA’s third full-length, Djinn, by saying it is not the album I was hoping for. Don’t get me wrong, it is by no means whatsoever a bad album – on the contrary, it’s a jaw-dropper – it just isn’t the direction I desperately hoped this Portland four-piece would take after 2018’s Cult of a Dying Sun shifted gears on their rapidly-established fanbase.

You see, I may well be in the minority here, but UADA’s 2016 debut, Devoid of Light, was simply staggering: one of the greatest black metal albums I had heard in some time. Despite disparaging media comparisons to the likes of Polish powerhouse Mgła, I sensed the presence of a sleeping giant in the careful counterpoise between grit and atmosphere right from the opening strains of “Natus Eclipsim” and knew that this was a band about to change the face (ironically, the band are known for their face hoods and anonymous live presence, so ‘changing the face’ may not be the best idiom to employ) of the genre for the better.

But change was in the air, and Cult of a Dying Sun was its catalyst: while the twin-guitar melodic drive of the first record was preserved (and even expanded upon), UADA cleaned up their act for their sophomore offering. As a result, this new record was more polished, more ambitious and far more complex – but also far more populist. From the off, “The Purging Fire” and “Snakes and Vultures” promised more – more guitars, more layers, more technicality and more accessibility. More metal, yes, but less black, and that’s where the first inklings of disappointment made themselves known in my heart. Their live renditions were, as before, incendiary and evocative, transporting their audiences to other planes of musical existence, but the studio version somehow didn’t hit my mark.

Then rumours of Djinn surfaced, right in the middle of the global pandemic, and my hopes grew ever higher as I harangued all the old gods for an UADA album that would capture the musical accomplishment of Cult of a Dying Sun and marry it to the bleak severity of Devoid of Light, but this was not to be. UADA has, on this latest record, crafted something so far beyond either album that I am still reeling. Djinn manages, all at once, to be a stand-out example of melodic black metal in the vein of Dark Fortress or Keep of Kalessin, while also calling to mind the heavier end of the melodeath spectrum – a la Kalmah or Be’lakor – but also being in its own right a respectful nod to the NWOBHM giants of yore. No mean feat, indeed. The title track, for example, illustrates all this: darkness, heaviness and clever, dynamic riffing, overlaid by unhinged rasps and subtle shifts in tone and flavour throughout.

As such, Djinn is definitely not what I hoped for, but I am not unhappy about this. UADA have not regressed in any way, nor felt content to rest on past laurels. While they may be leaving their brooding, atmospheric past behind in embracing clarity and technicality, they are no less shadowy in their ultimate objective. An objective made clear in other ways than just music, too: Kris Verwimp’s art once again graces the album’s cover, and the three records together create a narrative triptych of death, ritual and rebirth.

Sure, there are still undeniable historic ‘UADA-isms’ (like the subtly dissonant bends in the introduction riff of “The Great Mirage”) scattered throughout, but the album as a whole is its own beast. Consider the pacing of the vocals on “No Place Here” as a rhythmic device to build tension, or the hammer-blow, down-tempo intro to “Between Two Worlds” that breaks so unexpectedly into Insomnium-esque high-end riffing and you may have a better concept of how cleverly UADA manipulate listener emotions on this album.

All things considered, the only negative criticism I can offer is that the overall flavour of Djinn, led as it is by the dual guitar wizardry of Jake Superchi and James Sloan, tends more to melodeath than to black metal: but in the grander scheme of things, how is that a legitimate complaint? Genres are, after all, more a guideline than a regulation and it really is the intent that matters most: UADA’s intent is still unchanged – poignant, yearning, melancholic, ethereal and, yes, dark as the moon in full eclipse.

“The Great Mirage” effectively captures UADA’s otherworldliness in terms of atmosphere and attention to detail in terms of dynamic songwriting.