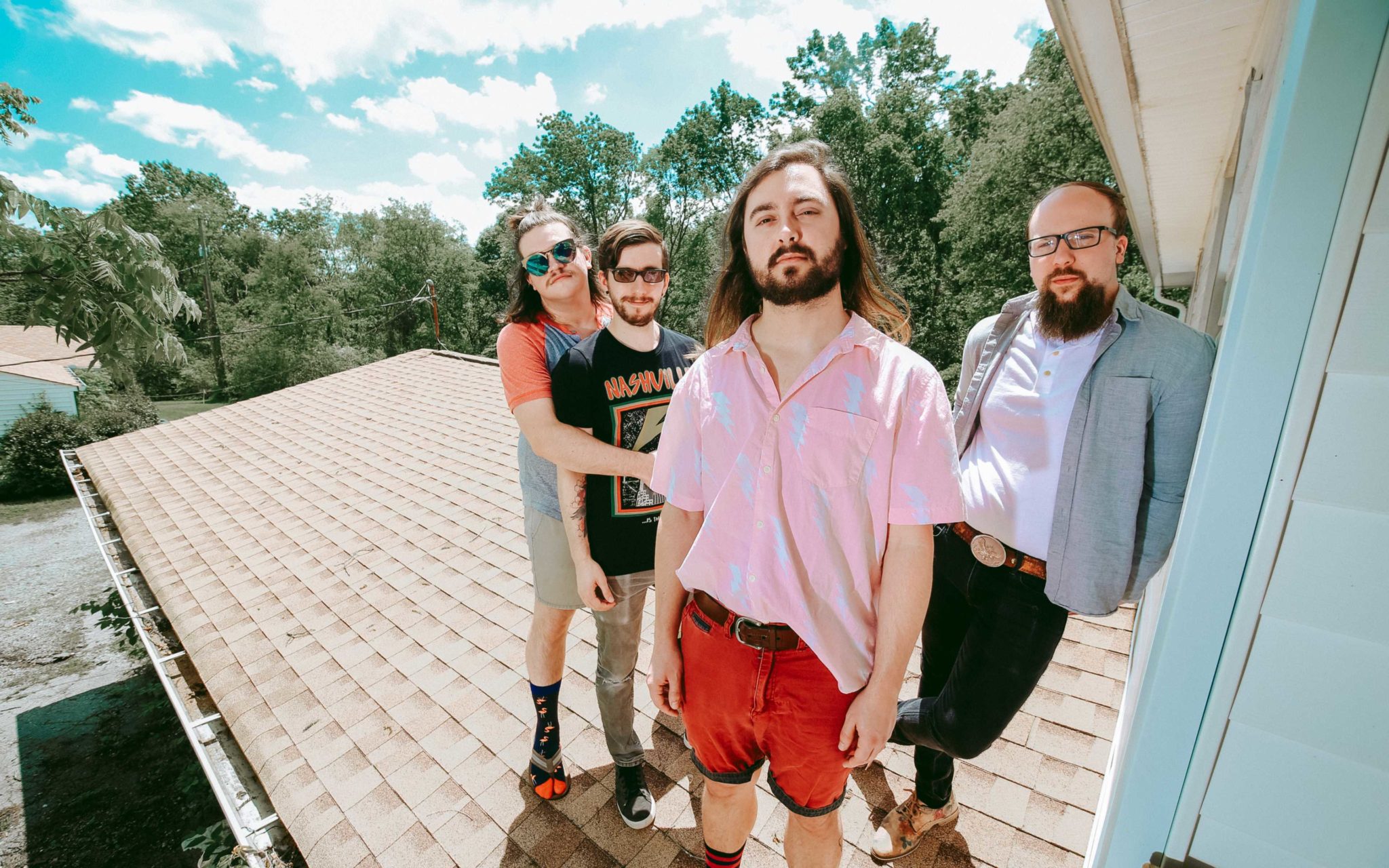 Your lesson for today is in shapeshifting, and it’s being brought to you by Ghost Town Remedy. The Nashville, Tennessee natives are unleashing their brand new single, “A Lesson In Shapeshifting,” which will be found on their upcoming new record Dry Spell, due out this fall.

The song is indicative of the high-energy, power punk approach the band takes towards their songwriting which is defined by four-part harmonies, melodic guitars, fuzz bass lines, and heavy sounding drums. It’s good time rock that can take on serious subject matter while avoiding bumming you out. There’s no better proof of this than “A Lesson In Shapeshifting,” a song that deals with a demoralizing time in the life of lead singer and guitarist TJ Maher.

“Shape shifting, to me, deals with a really strange feeling of loneliness after everyone who initially swarmed towards a tragedy hops off the bandwagon and you’re left to deal with the mental aftermath alone,” said Maher. “I wrote this song about a year or so after my youngest brother Daniel committed suicide in October 2014. I felt like I just needed to get everything I was feeling at the time that was building up inside me off my chest and it ended up becoming a form of therapy for me (as most of my songs end up doing in some shape or another).

This song is one of my favourites on the upcoming record because it really evolved into something beautiful both musically and lyrically throughout the recording process.This was largely due to the help of the rest of my band and Justin Francis (our co-producer/tracking engineer). I was finally able to get over my initial fear of singing this song in front of people live and even bringing it to the rest of the band. I just had to tell myself that it’s ok to just be honest with yourself and wear your heart on your sleeve and most importantly say what you need to say (thanks John Mayer) because no one is going to be able to genuinely write or sing that song for you. You will always be the best at being you. Ultimately, I hope people can find their own meaning to this song and that it will become something different for everyone.

Even though things ended tragically, that doesn’t define who Daniel was. I want him to be remembered for what he did during his life instead of how things ended. The way he went of his way to make others laugh when he himself was struggling, his love and dedication to his photography/video work, his witty and often dry sense of humour, His sometimes out of key singing that I miss so much, the late nights we stayed up writing songs and watching movies together, and his involvement in the punk DIY scene in Northern Virginia.

Mental illness can be an uncomfortable topic to talk about for some people but I think more people have been affected by it than openly admit. I want to erase the stigma attached to it because you can’t fix the problem if we’re too afraid to talk about it.”

The roots of Ghost Town Remedy extend back to 2011 when Maher met drummer Steve Lane at a local Christmas pageant in Northern Virginia. Instead of practicing what they were supposed to be practicing, the two instead were learning how to play songs off of Weezer’s fabled Blue Album. After a few years spent trying to work their way up in the local scene, they decided to move to Nashville in 2016 where they would be able to gain more musical exposure. Their debut record, Caffeine Dreams, was released in 2017 which was then followed by a heavy dose of touring. With Dry Spell soon to be here, Ghost Town Remedy hopes that you can find some empowerment through their music and their message.