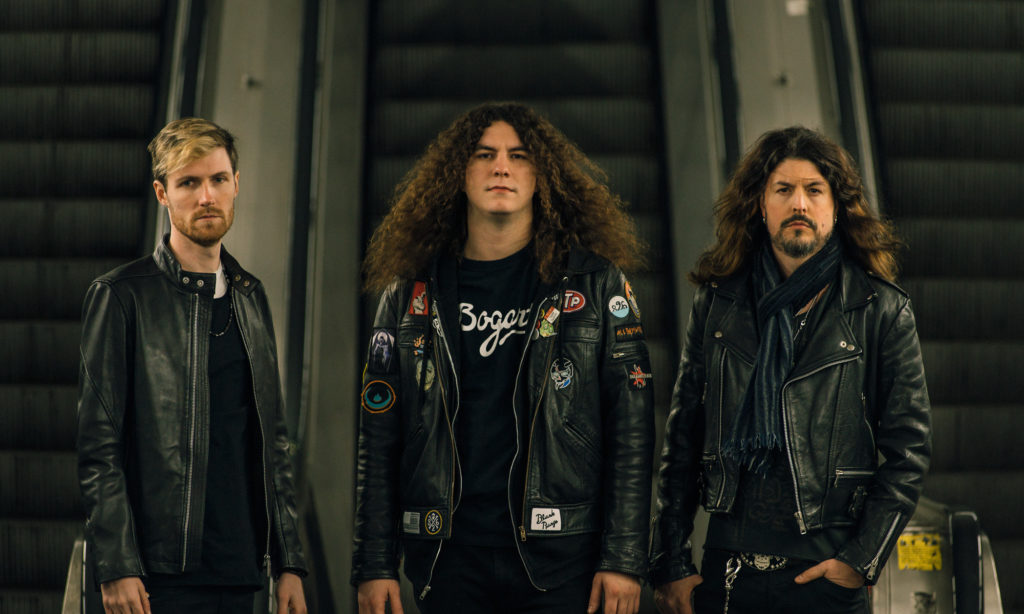 Let us give you a major wake up call with the brand new music video from Like Machines for their single, “Take It Away.” Inspired by Peter Gabriel’s “Sledgehammer” video, director and animator Jonathan Sterns captures the Atlanta trio’s hard-hitting energy with an epic outer space vibe.

The trio absolutely demolishes their way through the song, giving it their all while showing off their impressive chemistry. The group has been taking advantage of the downtime brought on by our current predicament, spending time in the studio with the legend Bob Marlette (Ozzy Osbourne, White Zombie) while dropping some new singles this year.

Discussing the creation of the video for “Take It Away” and its inner meaning, singer and guitarist Andrew Evans said, “Even though the song was written prior to the pandemic, we’ve gotten a lot of feedback about how timely the message in it is, and how it relates to today. But it comes with a message that there will be times when you have to separate yourself from bad relationships, and still be okay with it. No matter how tough that step is, you have to do what you feel needs to be done.

Creating the ‘Take It Away’ video was a very new and interesting process for us. It didn’t feel right to get together with a big video crew to shoot something during this pandemic, so it really pushed us to make the most out of what we could, given the current state of the world. We think because it was such a different process, it yielded a very cool and different result.”

The Like Machines sound is characterized by distorted guitars, thick bass riffs, and powerful drums, along with some wild howls coming from the mouth of Evans. The group has forged an impressive history thus far as a do-it-yourself act, having the opportunity to tour alongside Fozzy, Avatar, Clutch, and Collective Soul all within the span of their first year together. Evans first met bassist Tanner Hendon when they were still in elementary school. As they grew up through the years, they were raised on much of the same rock n’ roll, Led Zeppelin, Cream, Pearl Jam, Guns N’ Roses, and Rage Against The Machine. The two eventually connected with drummer Cheney Brannon through the local scene and Like Machines experienced its awakening.

Like so many others, Like Machines’ summer touring plans had to be unfortunately thrown away, but it’s only made them more determined to push on through and ensure that they are an even bigger and better band once some semblance of normalcy returns.