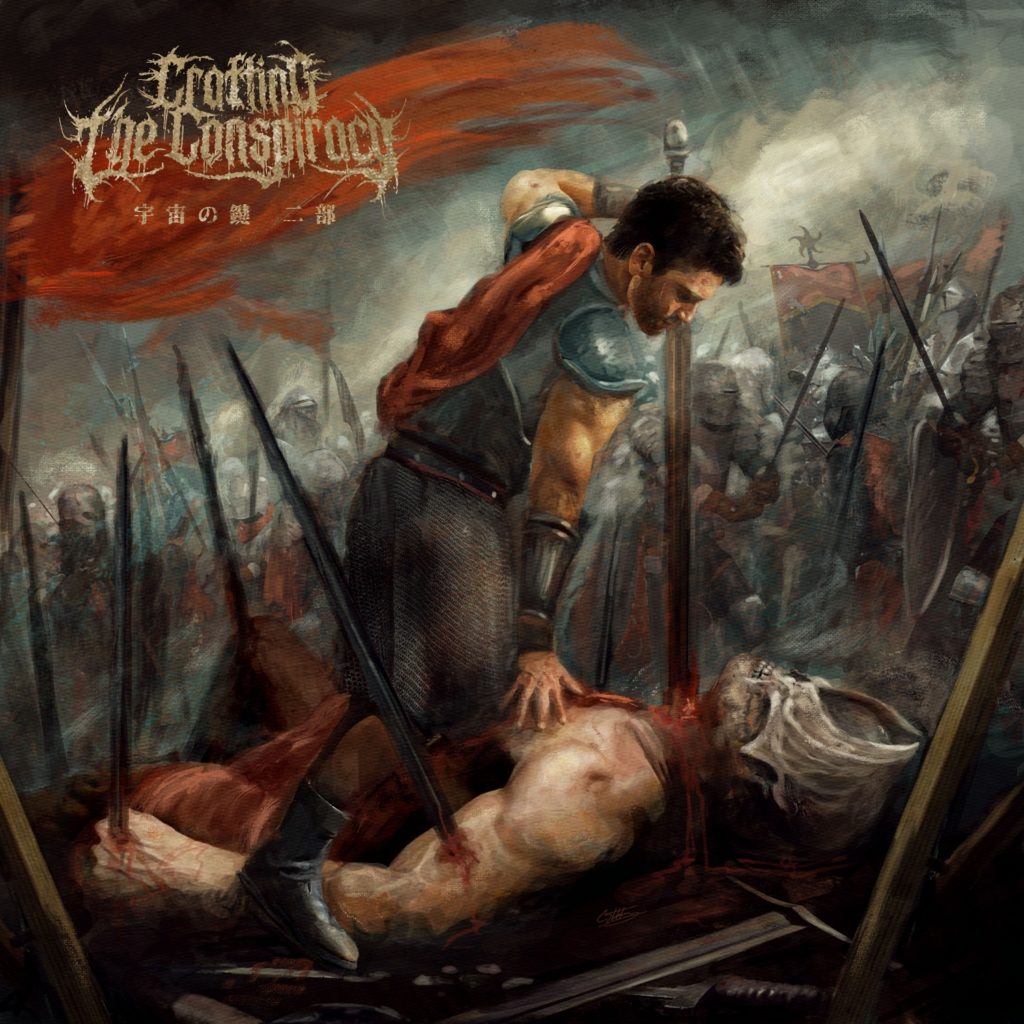 For their second album, Texan deathcore quartet Crafting The Conspiracy continues the concept begun in their first The Cosmic Key release with the creatively titled The Cosmic Key II – releasing August 28 on Innerstrength Records. Its predecessor was a solid release in the genre bringing memorable riffing, savage breakdowns and the like one would expect from deathcore whilst not reinventing the genre.

The new album opens cinematically with its own “Prologue” before kicking into the relentless “Autonomy of Ascension,” where vocal delivery is powerful and guitar arpeggios are used to bring a level of complexity and depth not always present in the genre – which can be prone to more basic chuggathons. It’s a quality to be found throughout the length of The Cosmic Key II where the guitar work from Sebastian Bracamontes treads the line effectively between more basic heft and more intriguing riffery, with some of Whitechapel’s earlier releases reminiscently conjured up in a similar approach.

Through into the title sequence and ending trio of tracks, vocalist Josh Miranda steps up the pace of his delivery into almost Archspire-esque machine gun approach of speed in Part I, with Part II being instrumental and allowing the others in the band to show their chops. There’s a considerable amount of musical ability on display throughout the band – the double bass and blastbeating from Gilbert Gonzales III on drums is up there with the benchmarks in the genre – and this is backed up with songwriting which doesn’t rewrite the deathcore rulebook but, instead, delivers effectively on its key chapters to wrap up a brief but enjoyable release.

Conversely, somewhat bizarrely, the production can feel at times too hot, meaning that clipping and booming can be detected in the more intense sequences in the music. In deathcore, this means a large proportion of the time – particularly in the frequent bass drops. It’s something which, unfortunately, detracts from the experience of enjoying what is a decent collection of songs for the genre, and removes some of the more progressive or storytelling edge. [1] This also gives way to another criticism of the album – it’s titled The Cosmic Key II, with The Cosmic Key preceding it, yet on here are to be found three tracks titled “Cosmic Key I,” II and III. This is unnecessarily confusing and smacks of an area that could have needed a little more craft.

In The Cosmic Key II there’s some effective songwriting from a group of talented musicians that is unfortunately held back by a lack of polish or experienced external influence, to help the album and music deliver the quality it shows glimpses of. There is still enjoyment to be had for the listener as genuine deathcore chops are on display and, in a live environment, these tracks could shine and whip a crowd into a frenzy. Here’s hoping The Cosmic Key III unlocks the true potential this band could deliver.

[1] Review was written from MP3 tracks which could have been cause for compression, however, with 320 kbps sampling this should not be the case.