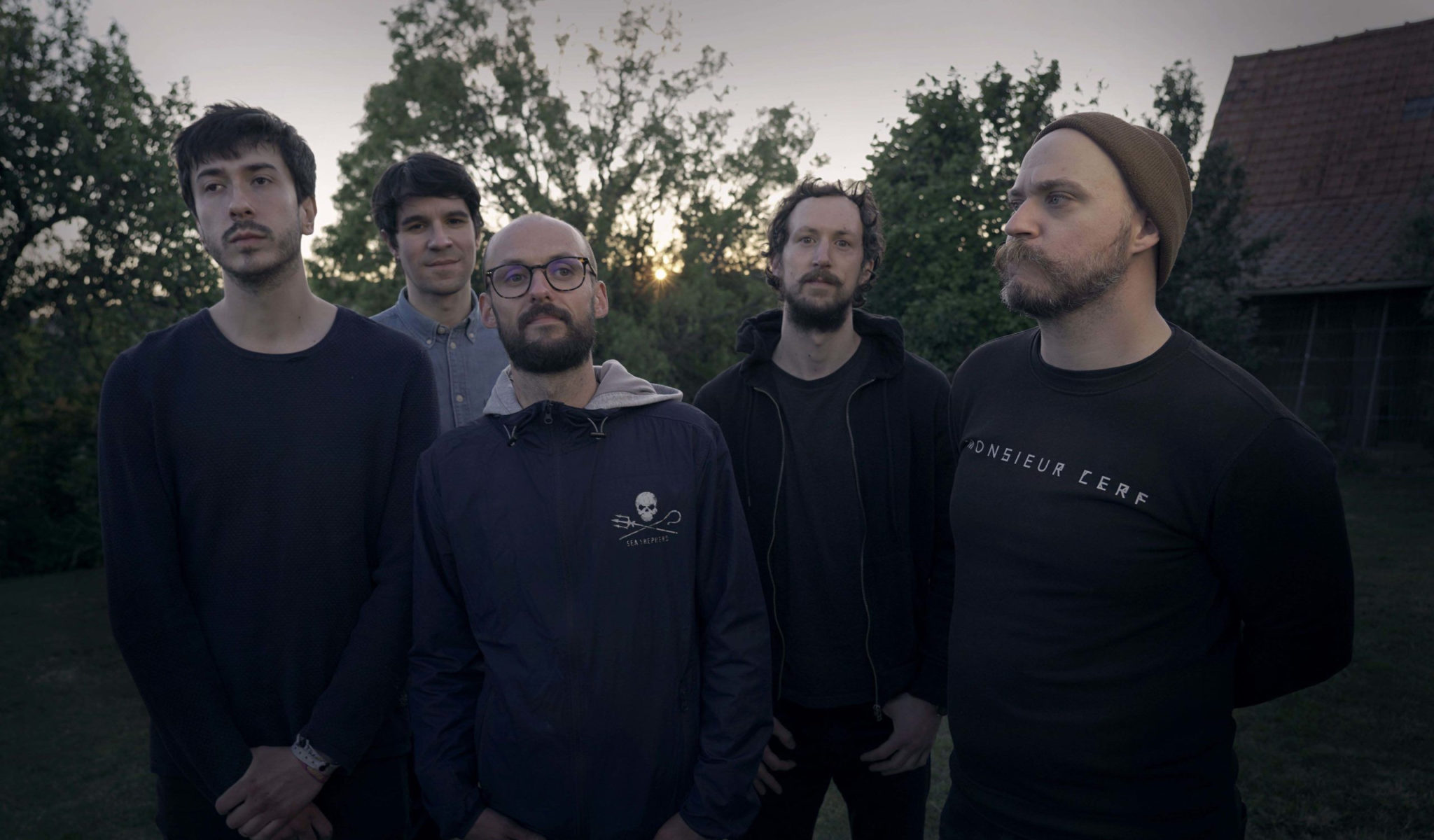 French post-hardcore quintet Fall of Messiah is a seething, manicured blast of technical skill, screamo fervour, and sparse melodics, all of which leans towards the musicality and away from the angsty undertones. Muted screaming reverberates throughout the tunes, but it’s subtle – as subtle as screaming can be, anyway – and never steps in front of the slick guitar work at the music’s core. The band’s latest release, the ten-track Senicarne (July 31st via Holy Roar Records), serves the best of Fall of Messiah up on a platter; it’s like Touche Amore and Explosions in the Sky collaborated on a project inspired by French nihilism. Which is to say it’s pretty damn intriguing.

For many, an introduction to French post-hardcore and its underrepresented existence is a necessity. And what better way is there than an insider look? Fall of Messiah are your guides and interpreters as they join us for this Top 10 look at the French post-hardcore scene. As they admit, this list is peppered with friends and musical acquaintances, but that doesn’t supersede its value, and, in the word of Fall of Messiah themselves, “music is first of all friendship.”

“Birds in Row is probably one of the best bands around in Europe and also worldwide. They have been growing so much the past few years, but they are the same kind and lovely people who are playing music with passion. The intensity these guys create during a live show makes me speechless.”

“We discovered Ingrina during a weekend tour with our pals in Mont-Doré a few years ago. 3 guitars, 1 bass, 2 drums, very heavy and hypnotic post-metal/sludge, and once again, lovely lads! Highly recommended.”

“Oddism are some close friends from Lille. They play ferocious mathcore in the vein of Frontierer and are so underrated at the moment…oh and Paul their guitarist, did our last video clip. Once again, lovely people…”

“Barque is a darkened crust/screamo/emoviolence 4-piece playing short, intense songs that make you feel pissed off. Their last effort, Pyre Builders, is amazing, and you know what? They are lovely lads.”

“I discovered Eux through a post on Facebook and booked a last-minute show for them in my hometown with the amazing Solitone (you should check them too). No one came, but we had a lovely night. I talked a lot with Fabien, the drummer/singer, who is an amazing person. They dedicated an entire album to the people they love. Beautiful screamo in French à la Mihai Edrisch.”

“We have known General Lee for years. They are always playing crazy, crazy shows (remember The Chariot?). Lovely human beings who like fun, fun, and fun. Listen to their effort Raiders of the Evil Eye – a masterpiece.”

“We shared the stage with them a couple of times and we always had an amazing time with them! They are a raw, darkened hardcore, very involved in the DIY scene, and they did every release themselves, even their merch.”

“Tang are the dads of post-hardcore in Lille and beyond. They don’t play that much, but every time they do, it’s a crashing wave in the face. If you like melodic 2000’s emo-core, you should really listen to them!”

“Plebeian are the only band in this top ten that we don’t know personally. Really dark hardcore with blast beats, maybe closer to black-metal. They are amazing musicians providing musical violence at its best!”

“Nord, formerly known as Light Deflection, are some really closes friends of Fall of Messiah. Duc and Flo (bass & guitar) did our two video clips back in 2013 and 2016. Amazing skilled musicians mixing genres with no barriers, from vocoder math-rock to heavy mathcore. Their last album is truly something you need to know, but you’ll need several listens before understanding what’s happening!!

“As you have seen, in this top ten we put a lot of bands we’re friends with because music is first of all friendship! But we can’t forget our friends and bands that changed the game in France in metal and screamo… so go listen to Lorem Ipsum, Mihai Edrisch​, Celeste, Gojira, L’homme Puma, Daïtro, Batôn Rouge, Sed Non Satiata, Belle Époque, Madame de Montespan, Altess, Mihaï Edrisch, Ausitôt Mort, Le Pré Où Je Suis Mort, Metronome Charisma…”