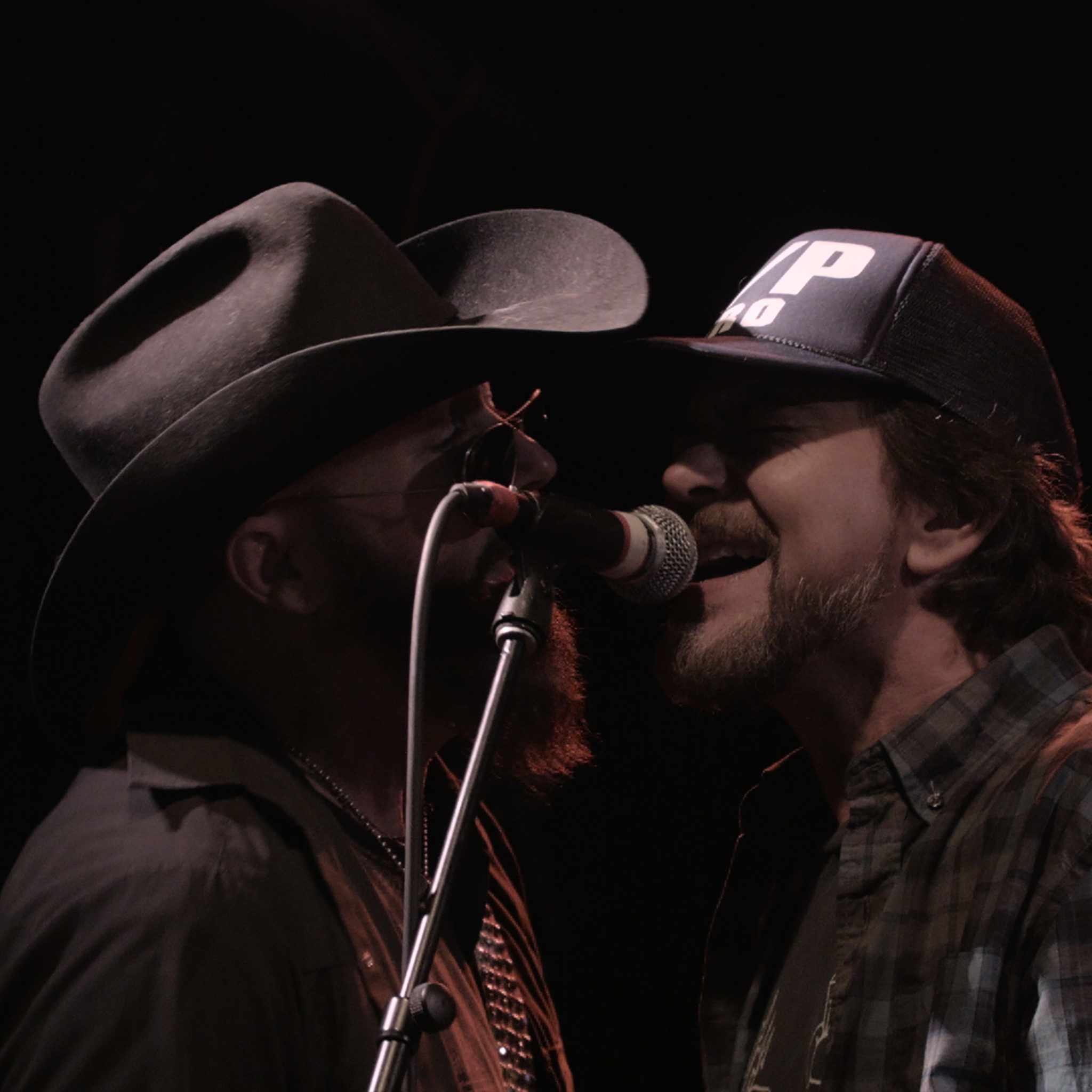 When punk band The Supersuckers played the final show on their North American tour back on June 19, 2014, in Seattle, WA, the group was joined by both Pearl Jam’s Eddie Vedder and Blind Marky Feltchtone (Zeke) to perform the Ramones’ classic “I Believe In Miracles” – listen now via iTunes and Spotify.

The band’s vocalist and bassist, Eddie Spaghetti, comments, “Somehow Eddie had found out about my cancer diagnosis and put the word out that he’d like to come to the show and maybe do something with the band, especially with the impending struggle I was about to undertake with the whole cancer fright. The song was extra poignant.”

“What a humbling experience for me on a personal level and what an amazing rock show for me on a professional level,” continues Spaghetti about the sold-out night. “This recording really reflects that. What a document of a historical moment this is! Eddie absolutely KILLED it and the band was on FIRE that night.”

“After the show, Eddie Vedder talked to me for a long time and pointed me in a direction to get my shit cured,” he says. “He was super helpful with getting me hooked up with a support team of doctors and hospitals that I would probably not have had access to without his assistance. He also wrote a big fat check to help get me through the hard times of not being able to work that was to come. It was all above and beyond the call for him to provide all that help. I will be forever indebted to him. He’s a good one.”