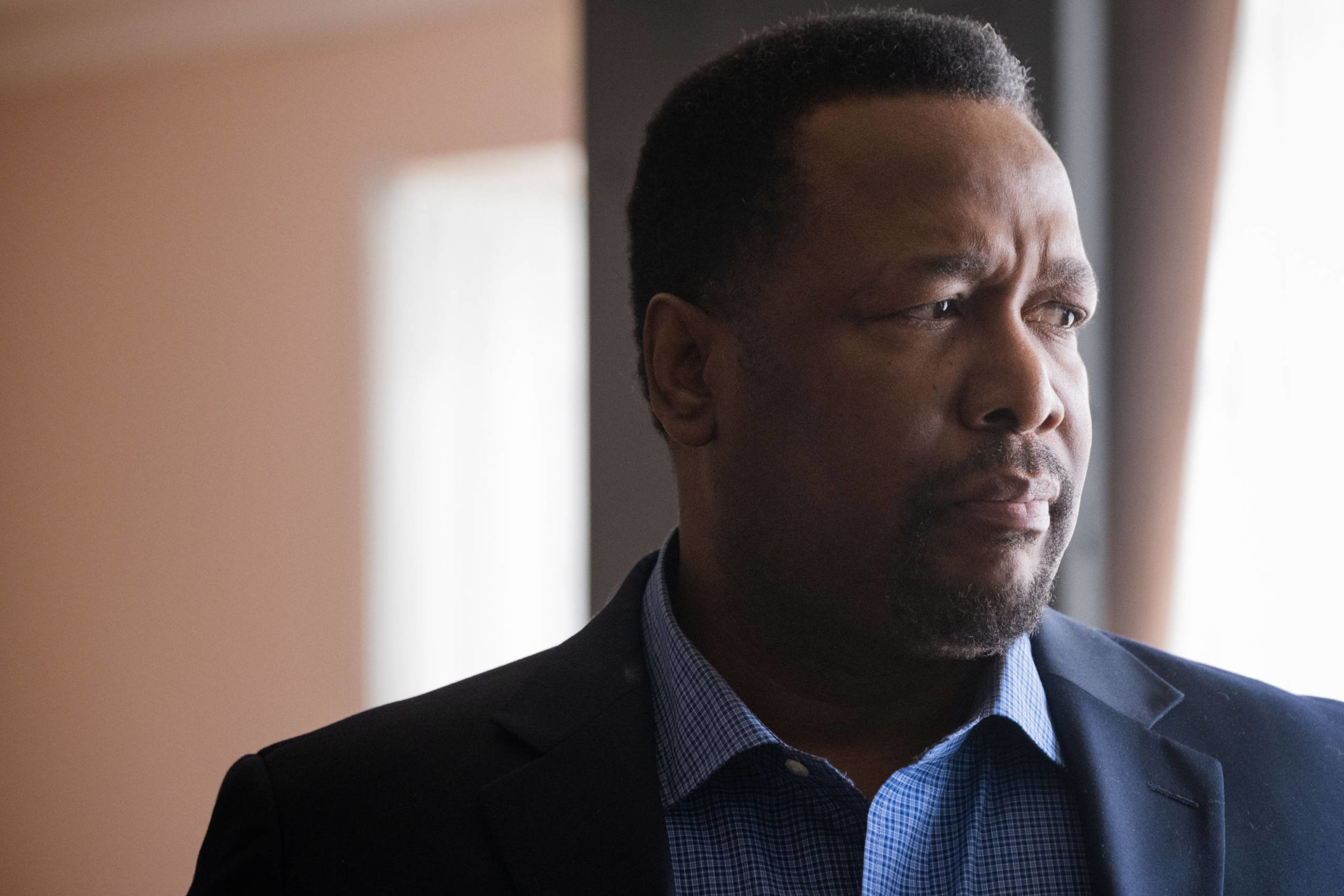 John Krasinski (A Quiet Place) is back as Tom Clancy’s iconic CIA analyst in the action-packed Tom Clancy’s Jack Ryan Season Two, out now on Blu-ray and DVD from Paramount Home Entertainment.

After tracking a potentially suspicious shipment of illegal arms in the Venezuelan jungle, CIA Officer Jack Ryan heads down to South America to investigate. As Jack’s investigation threatens to uncover a far-reaching conspiracy, the President of Venezuela launches a counter-attack that hits home for Jack. He and his fellow operatives embark on a global mission spanning the United States, UK, Russia, and Venezuela to unravel the President’s evil plot and bring stability to a country on the brink of chaos.

Wendell Pierce once again stars as James Greer in Amazon’s international hit series Tom Clancy’s Jack Ryan alongside John Krasinski. Wendell has also starred opposite Kerry Washington as Clarence Thomas in HBO’s multi-award-winning Confirmation and played Coach Calhoun in Fox’s successful musical event Grease Live! for Hamilton director Thomas Kail. Wendell is most recognized as Robert Zane’on USA’s Suits, starred on Anthony Hemingway’s Unsolved miniseries, and recurs in a multi-season arc on Chicago P.D. for Dick Wolf and Eriq La Salle. Wendell is universally hailed for his portrayal of Det. Bunk Moreland on HBO’s The Wire (Image Award nominee), and was additionally a three-time Image Award nominee for his starring role Antoine Baptiste on David Simon’s next HBO series Treme. Pierce recently took a few minutes to discuss Season Two of Tom Clancy’s Jack Ryan with us. That interview is transcribed here. The audio from the interview is also included via Soundcloud.

On Jack Ryan, you’ve essentially stepped into the role that James Earl Jones made famous years ago. Did you have any trepidation doing that?

Wendell Pierce: “No. James Earl Jones is a hard act to follow. What you have to remember is that the character is a more important person. And if you just focus on trying to make him as authentic as possible, there’s going to be a natural comparison or whatever. But if you held back from playing the role because someone else played it, no one would ever do a play after it’s been done the first time. It’s like a baton that’s passed, and I just hope I can hold up the authenticity of playing the role and everything that James Greer is.”

In Season Two of Jack Ryan, it really felt like an origin story for Greer as much as we’re getting to know a little more about Jack Ryan, would you say that’s a fair assessment?

“Yeah, definitely. We saw more and more of his personal conflict and everything that he went through and is going through. And you see how dangerous the job can be; how he’s going through some health issues, all those sorts of things going on make him a complex character and a real challenge to play. But that’s really what we all look for as actors.”

Did you know going into Season Two that it was going to be a more physical role for your character?

“No, I didn’t. It was pretty physical in that first year as well, but everything that I get to do doing this role is pretty intense. I thought that was great. It really made you kind of think of it like a psychologist; if I was in the situation, what would happen to me, and how would I be acting? And so that was the thing that was the real challenge and the thing that really was enjoyable to play.”

I’d imagine that every production you’re involved with has its own personality. Can you talk a little bit about the onset experience on Jack Ryan?

Do you get an opportunity to ad-lib when you’re making these episodes, or is it all pretty locked down?

“No, it’s all pretty locked down, it’s kudos to the writers and the producers, they pretty much have it on lock. We change some things, but it’s mutually agreed on, and we find stuff in rehearsal, and while we are shooting and things like that, but it’s not ad-libbed. We just want to make sure that it’s exact, it’s truthful and authentic. Ensure that, especially in something as unique and specific as intelligence work, we want to make sure that it’s all right. We stick pretty much to the script, but it’s well researched and vetted. So it’s exact and authentic.”

What aspects of working on Jack Ryan do you feel challenged to you as an actor?

“The action stuff. Because I had never done it before and I didn’t want to look goofy. I trained; I did weapons training. I’d actually never fired a gun before that with all the roles I’ve played. I literally went to a gun range and trained with Special Forces expert marksmen. And then also just the uniqueness of going to do research at Langley and being in touch with retired intelligence agents, and how interesting they are. The Guide-post that it gives me as I do the work, those are the things that stand out.”

How tightly are the scripts on Jack Ryan locked down? Do you know in advance what all eight episodes are going to be like? Or is it sort of fed to you episode by episode?

“No, we get all of them when we arrive. It’s like a movie, and that’s the thing that is so clear; that we are shooting it like a movie in however many parts. I like to get all eight scripts together, and I have them in one big binder, and so we approach it like we’re doing one film. That, to me, is very helpful. And that thing I think that makes it keep the quality up. We’re talking about the quality of the directors and the script here. It makes it like an international film or movie instead of a limited series.”

Have the showrunners provided any insight into where Season 3 of Jack Ryan might go?

“None whatsoever. I think the pandemic has kind of shifted everything. I’m sure it affects all of our locations because it is such an international show. All of the locations they are dealing with are also dealing with this pandemic. And then the travel between locations, the difficulty of that. That’s the show, and it’s something that might have to change, whatever the plans were. I think everything is still in flux as they write and try to prepare for it for when we start shooting once the fog is lifted.”

Is there a filmmaker that you’d personally love to work with? Somebody that you wouldn’t even care what the role was; you would just do it?

“That would be Ang Lee. Ang Lee, I think is one of the most brilliant filmmakers of our time. He has done such a varied amount of work. He has the tradition and uniqueness of Robert Altman, a traditionalist like Kurosawa, a contemporary passion like Spike Lee, and a skill set like Scorsese. He has all of those elements, and I’m always surprised by his choices. A close second would be Christopher Nolan. I love what he does with cinema and time and story.”