There are “Blossoms” sprouting and taking shape today thanks to the recently released new single from OK MAYDAY. As its name hints, “Blossoms” is a perfect summer song with its bright and soulful sound full of warm vibes. It’s a dreamy kind of tune, focused on the topic of love and the wonderful surprise that comes with the realization of what you have.

When it came time to put together a music video, the group commissioned their fans, friends, family, and fellow musicians to send video clips taken from their lives that would demonstrate the many acts of love that help us get by each and every day. It’s a song that comes straight from the heart from a collection of musicians who are extremely close to each other. The Virginia Beach-based quartet includes lead singer David Bollman, his brother Kelly, and their two close friends Matthew Osborn, and Stephen Lee.

Along with its “rosy” sound, the “Blossoms” single also features some beautiful cover artwork which we discussed recently with Kelly Bollman for our latest UnCovered interview. Bollman discussed the inspiration behind the artwork, the creative process, and how it all came about.

Where did the inspiration come from for the single’s cover artwork?

Kelly Bollmann: “I showed my friend, Melissa Cartegena, the song while she was quarantined in Paris and she took this image that encompassed the video perfectly. Mother Earth holding a blossoming rose against a globe. It’s such a profound image! I love it because it’s something people might not get at first but the earth needs to heal from what we’ve done to it as humans and this was a gentle reminder of how it can be done…everyone just slow down.”

Tell us a little more about Melissa and how you found her.

“I actually found her on Instagram and we’ve become close friends since this collaboration. She is such a gifted photographer and we’re honored she contributed to this.”

Please elaborate on the medium(s) used when creating the art. How exactly was it created?

“Once Melissa sent us the film image, we sent it with some fonts to our main graphic design guru, Jon Hamilton. I love that we have a trusting relationship with people like Jon and Melissa because we usually get back something in the realm that we love.” 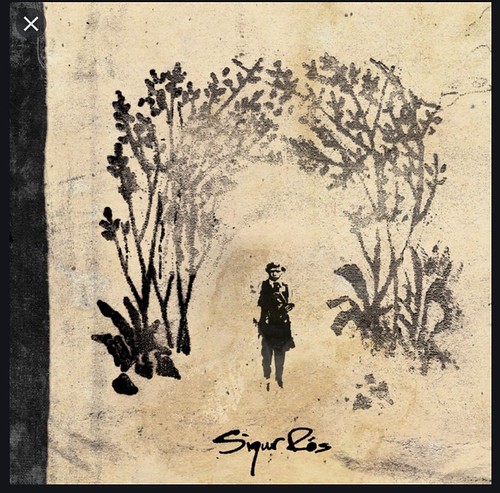 “Artwork is forever going to be a vital part of how we convey our music. It’s one of the mediums that can trigger such profound memories and thoughts and nostalgia. I’m aware of what some of my favourite album covers do to me and the flashbacks I get… so we aim to do the same.”

“That there’s still beauty in this whole clusterfuck of a year. A lot of it actually. We are in this crazy-ass world together and literally, all we have is one another.”

“Reuben Wu is killing the game. I found out about him when he designed the lighting set up for Rufus Du Sol’s Live From Joshua Tree. Mind-blowing.”

“I think just as we are made up of organic matter but now rely on digital EVERYTHING to function… I feel the same two mediums can be blended in the art world. Pencil and paint and charcoal can never be replicated… but it can be used in addition to what the digital art world can provide.”

“We love being hands-on as the curators and art directors… but we fully are aware there’s power in collaboration. We’ve learned to let go sometimes and let some other people have ideas and sometimes its a grand slam and other times its not so much… but that’s an art in itself is letting go some control!”

Is the art for the single related to any of your previous album cover artwork?

“No but it could have some correlation to what hasn’t come out yet. Just maybe… maybe it’s true.” (smiles)

When it came time to come up with artwork, did you give Melissa guidance or was this just a natural brainstorm?

“This was simply asking a friend from across the ocean if she wanted to hear the song! She offered to collaborate and the single image she sent back was the one that is the cover of blossoms. Kind of natural to say the least! (laughs)”

What’s your favourite thing about this single cover?

“The depth of the meaning. The lighting. The real Kodak film it was shot on. The fact that it brings the full story of the music video together in a single 35mm frame.”

“Two stick out in my head currently actually! Joy Division’s Unknown Pleasures and The Notorious B.I.G., Ready to Die.” 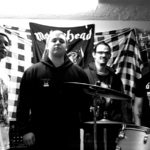 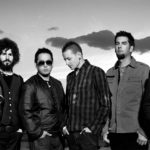