It was never expected that fans would ever see new material from Static-X following the passing of frontman Wayne Static in 2014. Not only has this happened, but with the original lineup from the group’s 1999 debut, Wisconsin Death Trip.

Following an incredibly successful 20th-anniversary reunion tour with the mysterious and masked Xer0 taking on the monumental task of lead vocals, guitarist Koichi Fukuda, bassist Tony Campos, and drummer Ken Jay began work on the band’ 7th studio album, Project Regeneration Vol. 1. This record was not going to be just another new release but rather a tribute to the late, great Static. Instead of simply recording fresh lyrics, Static-X took many of Static’s final vocal recordings and previously unreleased compositions to create a record that celebrates the legacy of an underrated pioneer of the industrial metal sub-genre. The best part is, this album is an absolute banger!

Opening with “Regeneration,” a short techno style track with a synthesized voice proceeding it stating “the unexpected thing tragedy gives us is the opportunity to rebuild.” This line frames the theme of this album highlighting the tragedy of losing Static, but also emphasizing the joy of keeping alive the legacy of the crowned king of evil disco. The first main track, “Hallow (Project Regeneration),” is a grove-infused industrial beat that is instantly recognizable as Static-X. As soon as the vocals kick in, you are reminded why Static was such a beloved singer, shifting between a clean sound for the verse, a deep rasping metal scream for the chorus and, at one point, a low whisper. “Worth Dying For” keeps the momentum going with the groovy style that made Static-X so unique.

It would be easy to continue breaking down each track, highlighting all of the elements that make each tune a delight to consume—be it the synthetic beats perfectly infused with fast-paced drum beats and bass and guitar riffs or the varied aforementioned vocals—but to fully appreciate this record, you must give it a spin yourself. I cannot even give a list of the standout tracks as this musical memorial to Static is overflowing with great cuts making it is impossible to single out any one song.

Project Regeneration Vol. 1 really is an album that every fan of Static-X should have in their collection, and, being the first part of a 2-volume set, fans can only wait with bated breath to see what Project Regeneration Vol. 2 will bring. This is a record that looks to the future while paying tribute to the past, and the band’s gone-but-not-forgotten comrade, the great Wayne Static! 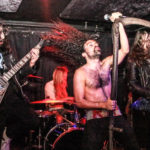 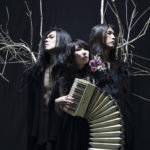