They may be from Montreal, but they certainly don’t play like they are. We tend to think of Montreal bands as the epitome of avant-garde, indie rock, but that just isn’t the game that Junkowl plays. Equipped with a heavy, southern, bluesy, and groovy sound, Junkowl is a no-nonsense bunch of guys who will hit you right in the face with their musical power and force.

Currently riding high off the release of their debut record, Making Out With My Death, last month—ten tracks of down and dirty guitar riffs, ‘70s-influenced power rock, and the attitude and aggression of ‘80s metal—the band are not slowing down. The album is a collection of songs that deal with past regrets and self-destructive tendencies that often get the best of us. Among its ten tracks, the recording features “10,000 Vultures,” the first song that the guys ever wrote, completed after their first jam session together.

While they are coming to be known for their earth-shattering riffs, Junkowl is proof positive that you don’t have to be loud to be hard. Take their new music video for the acoustic version of “Crawling Up My Feet,” for example. It’s just as intense, if not more, than the previously released electric version.

Commenting on this unplugged experience, lead singer Jesse Frechette said, “Playing one of our songs acoustic was not something we had ever really contemplated doing before, that being said I always did enjoy watching heavy bands strip down their songs and play them a little softer. During the quarantine, I was singing ‘Crawling Up My Feet’ alone in my kitchen and when I got to the choruses where I usually scream I just sang them softly for my neighbours’ sake and thought it sounded cool, so I called our bassist Sam (Matte) to see if he’d be interested in working on an acoustic version with me.

I find the way he plays it here really brings out the dark southern vibes of the song, which is cool. After running through it together a couple of times we realized We still wanted the choruses to be heavy vocal wise, so I traded my normal more ‘controlled’ screams for a more emotional, desperate shriek, which we found suited this version better. I think the hardest part of the whole process was probably sitting still while performing, definitely not something we’re used to.”

It’s been three years since the members of Junkowl joined forces to create their own unique blend of groove metal, stoner rock, and hardcore. The quartet had actually all met each other about a year prior and began jamming together soon after. They are committed to a collaborative, improvisational writing process with songs often just coming together right then and there. They began to make a local name for themselves when they won the 2019 En Route Vers Heavy Montreal competition, a battle among almost 200 bands with the grand prize being a spot on last year’s edition of Heavy Montreal. With the debut album monkey off of their back, Junkowl has got new tunes in the works that will be sure to smack you upside the head with both passion and force. 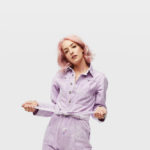