New Fearless Records signing Kill The Lights, who feature former members of Bullet For My Valentine and Throw The Fight, have shared their cover of Testament‘s 1988-released classic thrash anthem “Into The Pit”.

To capture the essence and aesthetic of the time period that the original was released, the band crafted a video that has an authentic VHS vibe.

“There were a ton of cover songs options we could have gone with, and we did consider covering a pop song in our style,” shares drummer Moose Thomas. “But we decided to cover ‘Into the Pit’ by the mighty Testament purely because it’s a classic song that’s fun to play. We wanted to stay true to the original as closely as possible, to pay our respects to metal royalty. A great song by an amazing band.”

The band are currently working on their debut album with more information to be revealed shortly. 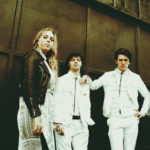 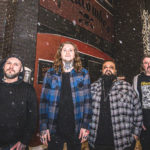