When we say that Joe Barksdale aims high, we absolutely mean that. Barksdale is a one-of-a-kind talent, a man capable of achieving whatever goals he sets for himself. He’s living proof of what one is capable if they possess a relentless work ethic aimed towards success and self-fulfillment. Barksdale is pleased to be releasing his brand new single, “Moonbeam,” that will be a part of his new studio album, Sincerely, which is due out in the fall.

Although he now breaks bread as a musician, it wasn’t exactly his primary goal when he was a teenager. Barksdale is a former National Football Leaguer, an offensive tackle with over 100 games of experience, played over the course of seven seasons. Drafted by the (then) Oakland Raiders in the third round of the 2011 NFL Draft out of Louisiana State University, Barksdale went on to also play for the St. Louis Rams, the San Diego/Los Angeles Chargers, and the Arizona Cardinals before wrapping up his football career in 2018.

Retiring from football before the age of 30 can create a lot of uncertainty in a young man’s mind, but not Barksdale. It was a couple of seasons into his NFL career when he picked up a guitar and started learning how to play. A big fan of music since a young age, Barksdale was motivated to start playing after suffering a tragic personal loss in his life. Playing guitar helped him focus his attention on something positive and, in it, he discovered a method of self-healing. It wasn’t long before he began playing at local blues clubs in St. Louis at which point he started to receive a lot of recognition for his musical talents.

Now in 2020, Barksdale has carried on with his labour of love, driven by the musical success he has already garnered. His debut album, Butterflies, Rainbows & Moonbeams was issued in 2017, a record full of upbeat, funkified, bluesy jams intended to put a smile on your face. Last year he released the follow-up, Electric Soul, and made the decision to hang up his cleats in favour of a full-time music career based in Austin, Texas. “Moonbeam” has a fun, passionate R&B feel to it, a love song that may remind you of Gary Clark Jr. in his more soulful moments. You could refer to it as simply good music made by a good man for good reasons.

Referring to “Moonbeam,” Barksdale shed some “light” on what inspired him to write the song. “When I was younger, I fell in love with space and science and one of the things that always fascinated me was the moon. Everyone marvels at the sun, but I never felt that people appreciated the moon. Things are easy to do in the daytime, but things get infinitely harder in the dark of night.

Life is the same way, on the good days it’s easy to find support and help from friends, but on the bad days (dark times) when you feel alone, it’s the moon that helps you find your way. We all have different moonbeams in our lives, the moonbeams that I am referring to in this song are my fans. This is a love letter to my fans who are a huge source of help during my dark times when I want to quit or feel like it isn’t worth it, they are a constant source of inspiration and motivation.”

Barksdale continues, “I would also classify this song as belonging to the ‘electric soul’ genre of music. It has an R&B feel to it and is the ultimate open letter to the people that mean the most to me and are there to help me when no one else is… my moonbeams. This song has a poppy/electric soul vibe. The songs is about the people that are there for us in the dark times, the same way that the moon is there for us when the sun is gone. Anyone can be around during the good times but it takes a special person to be a moonbeam.”

With such an inspiring young man so full of positivity, we spoke with Barksdale to learn more about his new music, his shift from professional athlete to musician, and a little bit about his football career.

First off, tell us more about the writing of “Moonbeam.” How did this song come together and how was it written?

Joe Barksdale: “I suffer from mental illness and I was in the middle of a depressive episode in the off-season, I was still playing football at the time, and I thought about how my daughters and wife always make me feel better no matter how low I get and I wanted to write an ode to them. Something that acknowledged that I am a flawed person while also thanking them for being there for me. The song evolved into an anthem for all of the ‘moonbeams’ in our lives. It’s easy to be around for someone when the sun is shining on them in the daytime, it’s not until the sun goes down and it’s dark outside that we realize that the moonbeams are the ones that help us out in the darkest times.”

You refer to those close to you in your life that help you in getting through the tough times as your “Moonbeams.” I think this term fits really well in the context of this song and the sound of your music. Where did this term “Moonbeam” come from?

“It’s the equivalent of ‘rays of sun.’ The rays of the sun help you see during the day and the moonbeams light the way at night.”

“Moonbeam” will be included on your new album Sincerely which is due out in the fall. What can you tell us about Sincerely? What can we expect from the album in terms of its sound and style?

“I am very excited about the release of the Sincerely album. It continues to build off of Electric Soul (my most recent EP release) in terms of laying the foundational groundwork for the new genre that I am creating ‘electric soul.’ I think that this project will be a more mature and meaningful release in terms of the subject matter as well as the actual sound. I am building a world and Sincerely will be a cornerstone of it.”

Everyone has their own process, so I’m curious, what was your process in writing Sincerely? Did you predominantly write alone or did you collaborate with anyone?

“I thought about things that were really on my mind and what I wanted to say about them and that was the beginning of the album. I am a firm believer in using art as both self-expression as well as therapy and this is the first project that I have done both of those things with. I am constantly creating music and looking for new ways to take the music forward so I started out by just writing and creating and then after compiling a solid list of songs and concepts, I began to ‘trim the fat’ and tweak things until I felt that I had a strong enough offering to go into the studio with and record. I write alone. I have spent most of my life feeling ‘alone’ and I felt that the best way to be sincere was to write the music alone, the same way that I would write a letter alone. I look at this album as an open letter to anyone who wants to read it.”

Making the transition from NFL player to musician is certainly unique. It’s quite remarkable that you are already becoming a well-established singer and songwriter and you didn’t even start playing guitar until you were about 24. How have you been able to make such huge progress as a musician in only a few years?

“Hard work and the grace of God. It all just feels so natural to me that I realize that it was a gift that was given to me and it is my job to continue to sharpen my tools and perfect my craft. So I would say that it’s a combination of being blessed and working at it constantly. I’m actually about to go do some guitar theory and technique work after this interview! I’m always working.”

I’m curious as to what your teammates over the years have thought about your musical career. Is this an aspect of your life that you actively shared with them or did you largely keep your music to yourself?

“I largely kept it to myself. I can probably count on one hand the number of teammates that I talked about my music with. I’m very shy and private with things that mean the most to me and I never was comfortable or brave enough to talk to more people about it. I will say that the few teammates that I did share the music with early on where all pleasantly surprised and hearing their feedback was very encouraging to me and helped inspire me to continue to pursue music.”

You’ve certainly had a successful football career with over 100 games played over seven seasons. What’s your greatest football memory of your time in the NFL?

“I would say my daughters being born and getting married. I did not have the fortune of being with great winning teams/organizations and, at times, even resented myself for going to the NFL in the first place (losing constantly has a negative effect on a person). My daughters being born and marrying my wife are definitely the best things that happened to me during my career. I am thankful for my career though, because it was during my last season playing, after walking off of the field a loser for the umpteenth time, that I realized that there had to be more to life than running into people and breaking down my mind and body just to be a loser… so I decided to make music instead.”

You last played for the San Diego (now Los Angeles) Chargers and the Arizona Cardinals in 2018. Where do things currently stand with your football career? Would you say you’re a full-time musician now or do you still have aspirations of returning to the field?

“I’m definitely a full-time musician now and will be until the day that I die. I have no aspirations of returning to professional sports and when I win my first music award I will finally know what it’s like to be a winner and that’s something that professional football never gave me.” 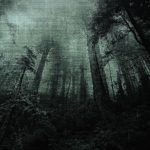 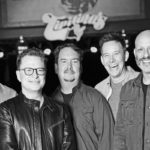