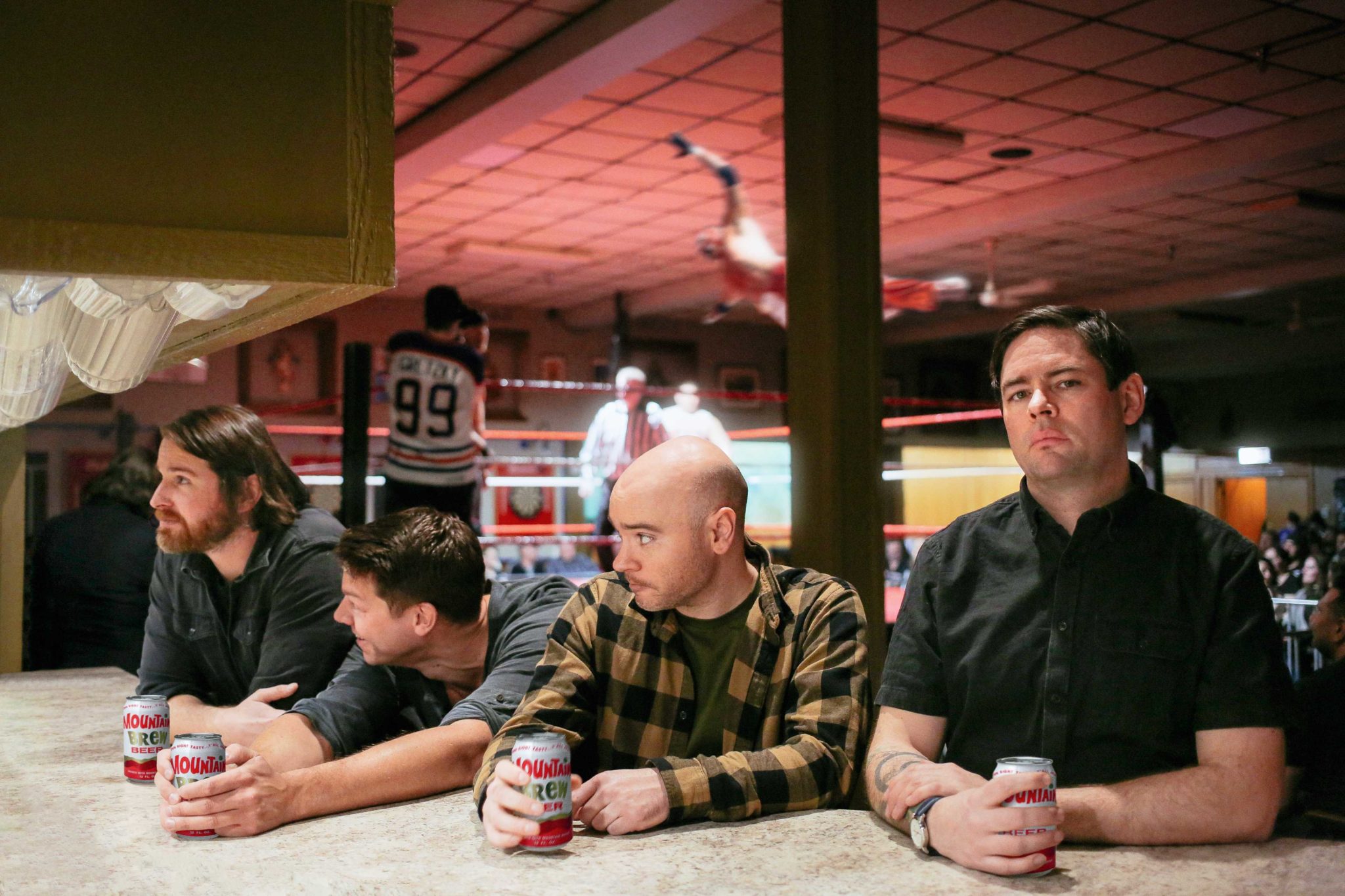 You gotta be careful. There are a lot of “Cults” out there, but fortunately, Florida BC is going to educate you a little bit about how to navigate this difficult space. The band has just released their brand new single “Cults,” a song told from the perspective of a cult leader who is intent on wreaking his own version of havoc. It focuses in on the sociopathic motivations that often drive people and the negativity that eventually follows. And it’s not just the random musings of a group that felt like this made for good fodder for a song; it comes from a place of experience; “Cults” is a fictionalized rundown of an actual experience that member Clinton St. John had with an Arizona-area cult.

In St. John’s own words, he elaborates, “While Jeff (drums) and I were on tour with Nina Nastasia in 2007, we had a run in with a real deal cult. The abbreviated version is that we were hustled out to Arizona to play a show for this ‘community’ for free. Due to the dubious accounts of the leader being a proper sleazebag completely lacking in moral fiber, we got the hell out of there and camped near a den of rattlesnakes instead. This one percolated for over a decade before it became a tune. This is told from the perspective of a nihilistic cult leader whose demise is imminent, intent on taking as many people down with him as possible before a Mother Ship comes to take him away.”

Yep, that’s right, this is all based on real life events. While on tour with his previous outfit, The Cape May, St. John travelled to Sedona, Arizona to play a show. While there, St. John and his bandmates were led to an unusual valley compound with many small cabins, a large house, and a group of strange people with unconventional names. The walls of the building in which they found themselves featured a number of historical icons, such as John Lennon, Gandhi, Jesus Christ, and Muhammad Ali, along with a bearded man referred to as Gabriel.

St. John later discovered that Gabriel was the leader of the community and that he had a reputation for some rather troubling behaviour such as separating couples and children from their parents due to what he referred to as “cosmic incompatibility.” When it was discovered that Gabriel was only planning to pay the band 20 dollars total for the show, they got the hell out of there and slept at a campsite that featured a family of rattlesnakes.

Fortunately, St. John survived that night and now is here to tell us all about it. Now you know that if you ever hear the term “cosmic incompatibility,” you are most certainly in the wrong place.

Livingston Share Track-by-Track Details of Their New Album, ‘This Is A Robbery’