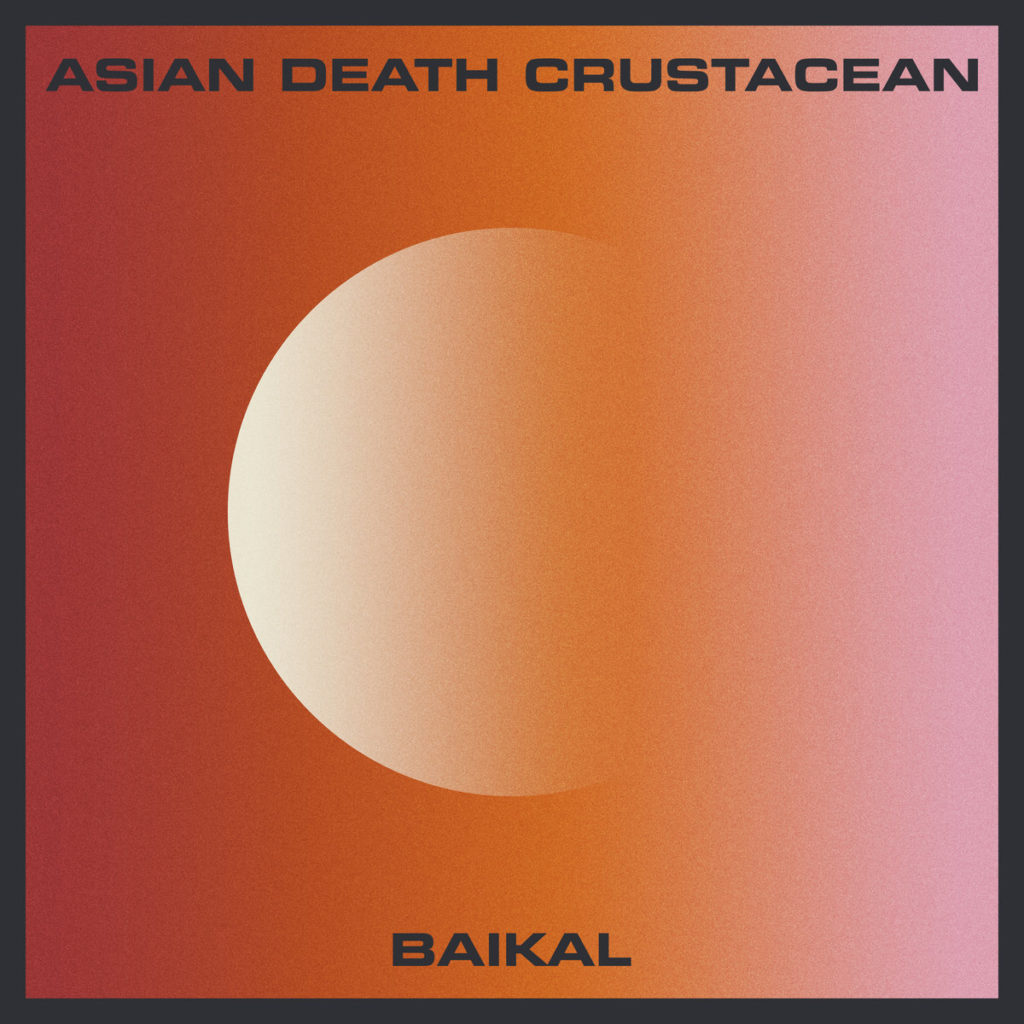 Instrumental prog might not be the first thing that springs to mind when you hear the name Asian Death Crustacean, but that’s exactly what their debut album Baikal offers. With some crushing riffs, beautiful ambient sections, and much more, it’s a thrilling ride from start to finish.

The album’s core theme is that of duality. Primarily, this presents itself in aural contrasts: across the record’s six chapters, there are riffs of phenomenal crushing power, and passages of exquisite ambience. Take “Part I,” for example. As it begins, listeners are treated to a delicately ethereal synth melody, perhaps the soundtrack to sunbathing on the shore of the lake. But clouds soon gather: at the two-minute mark of “Part I,” James Kay’s drums start to rumble underneath the crescendo of guitars from Dan Peacock and Rob Doull. As the song progresses, those rumbles get louder and more menacing, until the climactic moment at the five-minute mark, when the guitars kick it up a notch in heaviness. The chugging riffs continue and as they close out the song, “Part II” picks up immediately with more beautiful synth-work, showing how deftly the band moves between light and shade.

This juxtaposition between enormous riffs and delicate ambience continues throughout the record: “Part II”’s gorgeous synth ambience comes courtesy of Peacock’s sound design, but soon segues into complex math-rock riffs and thunderous drumming. The heavy darkness vs. light ambience is the key presentation of duality at the heart of the album. But from where does this idea of duality come?

The main exponent of symbolic duality was Carl Jung. His works are vastly more complex than we have room for here, but suffice it to say that part of Jung’s exploration of symbolism involved an examination of duality. It focussed in part on a tension of opposites and how the self can be manifested through that conflict. The same can be applied to this recording: the conflict of light and heavy is what manifests the music on display. That conflict is foreshadowed even on the cover artwork: the sun is a famous symbol of Jungian duality, offering creation as much as destruction. But the way it fades into shadow in the brightest part of the colourful background highlights the light/shade contrasts at the heart of the album.

It’s heady stuff, but what else would one expect from an instrumental math-prog band? Some listeners may be reminded of The Dillinger Escape Plan’s spiky riffs, while others might hear the experimental avant-garde weirdness of Three Trapped Tigers. Others might feel like the album evokes the proggy stylings of The Physics House Band. Well, all three artists can definitely be heard. For my money, Baikal sounds like an instrumental love-child between Meshuggah and God Is An Astronaut: when the really heavy riffs kick in, they have the same heft as Koloss-era Meshuggah while the more melodic guitar and synth sections feel more akin to God Is An Astronaut. So, ultimately, this isn’t your run-of-the-mill math-rock band.

On Baikal, Asian Death Crustacean offers a unique sound that stands on the shoulders of its forebears. Its riffs have all the crushing weight of a steamroller, and the ambient sections are beautifully melodic. It’s a strong debut, and I, for one, look forward to seeing what the band does next.