Multi-GRAMMY award-winning singer-songwriter and multi-instrumentalist, Ben Harper continues to hit people right in the feels and his new single “Don’t Let Me Disappear” and its accompanying black and white music video are no exception. The Kristin Sudeikis and Gabriel Judet-Weinshel-directed video showcases, according to a recent press release, “…two modern dancers intertwining fluid and fragmented movements while Harper performs the song on acoustic guitar.”

Commenting on the single, Harper shares, “‘Don’t Let Me Disappear’ is about the fine line between loneliness, isolation and invisibility, to where you can’t seem to find a way not to be hiding in plain sight.

Alongside 2019’s single and video for “Uneven Days,” which, according to Harper, “…attempts to explore the depths of how dependent we can become on other people for our own sense of wholeness and stability,” he also produced Christopher Paul Stelling’s 2020 release, Best of Luck. 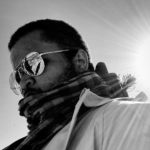 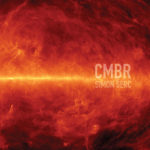