In the wake of the world shutting itself down over COVID-19, the music industry has been in reactionary-mode, working tirelessly to figure out what live performances in the era of social distancing will look like in the weeks and months to come. Musicians are streaming and broadcasting a flurry of exciting tidbits for fans eager to keep connected to the artists and music that they love. Metallica, Radiohead, and the Grateful Dead are streaming some rare archival concerts that remind fans of how great these artists are while also showcasing moments in time when humanity wasn’t so full of uncertainty and fear.

Julien Baker, David Gilmour, Simon Neil (Biffy Clyro), and James Alex (Beach Slang) have all taken to the internet utilizing assorted streaming mediums to perform “live” for their unseen audiences. Julien Baker premiered “Mercy,” a new song live for Isol-Aid’s Lunch Without Borders a week ago. David Gilmour joined his wife/author Polly Samson around the release of her latest novel, A Theatre for Dreamers. Gilmour performed two Leonard Cohen songs, “Bird on a Wire” and “So Long, Marianne,” the latter with Polly’s daughter Romany singing along with Gilmour. Simon Neil has been dressing up and performing 3-4 song sets sitting in a nook in his living space, showcasing why he’s amongst the best living singer-songwriters on the planet with every damn song he plays. James Alex utilized the StageIt platform, a pay-what-you-want streaming platform with minimal resolution (480 pixels viewed at the size of your phone’s screen) 35-minute long performance of originals and covers. The low-resolution performance was minimalized by the sheer power of Alex’s musicianship. His girlfriend even added in some canned applause after each song to dampen the effect of performing alone. 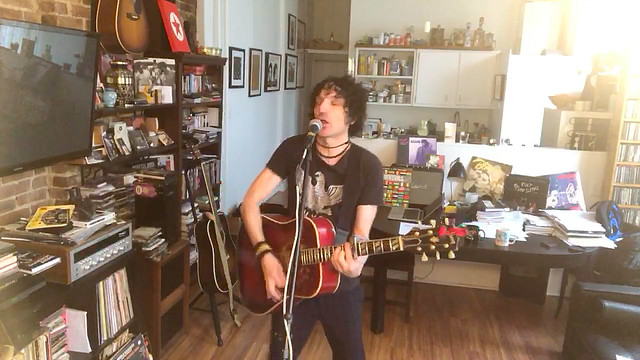 This said none of these current artist performances can touch Jesse Malin’s two-hour set every Saturday at 4 pm. Over the past three weekends, Malin has belted out 120 minutes of music in his living room on acoustic guitar each afternoon. He’s calling the sessions “The Fine Art of Self-Distancing” (which is a twist on his 2003 debut, The Fine Art of Self-Destruction). Before each show, Malin displays some of the albums he’s been playing through the week as a backdrop. Malin is a fantastic New York City musician with a big ear for music and an even bigger heart. He’s been chasing a career as a musician since he was 12 years old, touring around in a van (he told a beautiful Van-Man story this past weekend) playing punk rock in any venue that would have him.

Malin very recently released one of his very best records, Sunset Kids, an album he worked on with Lucinda Williams that was released at the end of the summer last year on Wicked Cool Records. Sunset Kids features songs like “Room 13” (feat. Lucinda Williams), “Chemical Heart,” and “Strangers & Thieves” (feat. Billie Joe Armstrong). The album received some of his best reviews – and you can hear some of this material performed live any Saturday you want for the foreseeable future by merely tuning in.

Malin is a beautiful storyteller. Between his songs, he is telling engaging stories. Some of them are about the songs and their creation. Some of them are about growing up in his New York neighbourhood. And others are about working with some of his co-collaborators. This past Saturday, he revealed how he met and befriended Bruce Springsteen. He wound up being asked to perform his original material with (Springsteen and his bandmates) as his band for a run of Christmas shows just after the release of Malin’s first solo album. You might see Malin show off some of his musical artifacts, books and DVDs, and assorted talismans with personal stories around them. He will probably talk into a banana and pretend he’s talking to his manager. This past weekend was a covers show and featured material by The Hold Steady; Fountains of Wayne; Billy Bragg; Elvis Costello; Graham Parker; Tom Petty; The Replacements and Bruce Springsteen.

Right now, with no live shows on the foreseeable horizon, everyone is taking to the internet looking for a creative outlet. At the moment, Jesse Malin is taking no prisoners, delivering the best socially-distanced live music on the planet. While the performances are free, Malin does have a donation button below the YouTube video feed that is entirely optional; the money gathered going towards his band and crew in these challenging times.

Drop on by this Saturday. Have a beer, and watch something genuinely uplifting. You can pick up the live video feed on Jesse’s YouTube page or link right to it from his Facebook, Twitter, and Instagram page. 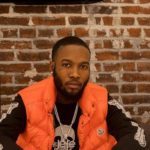 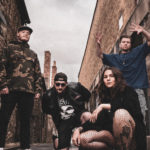