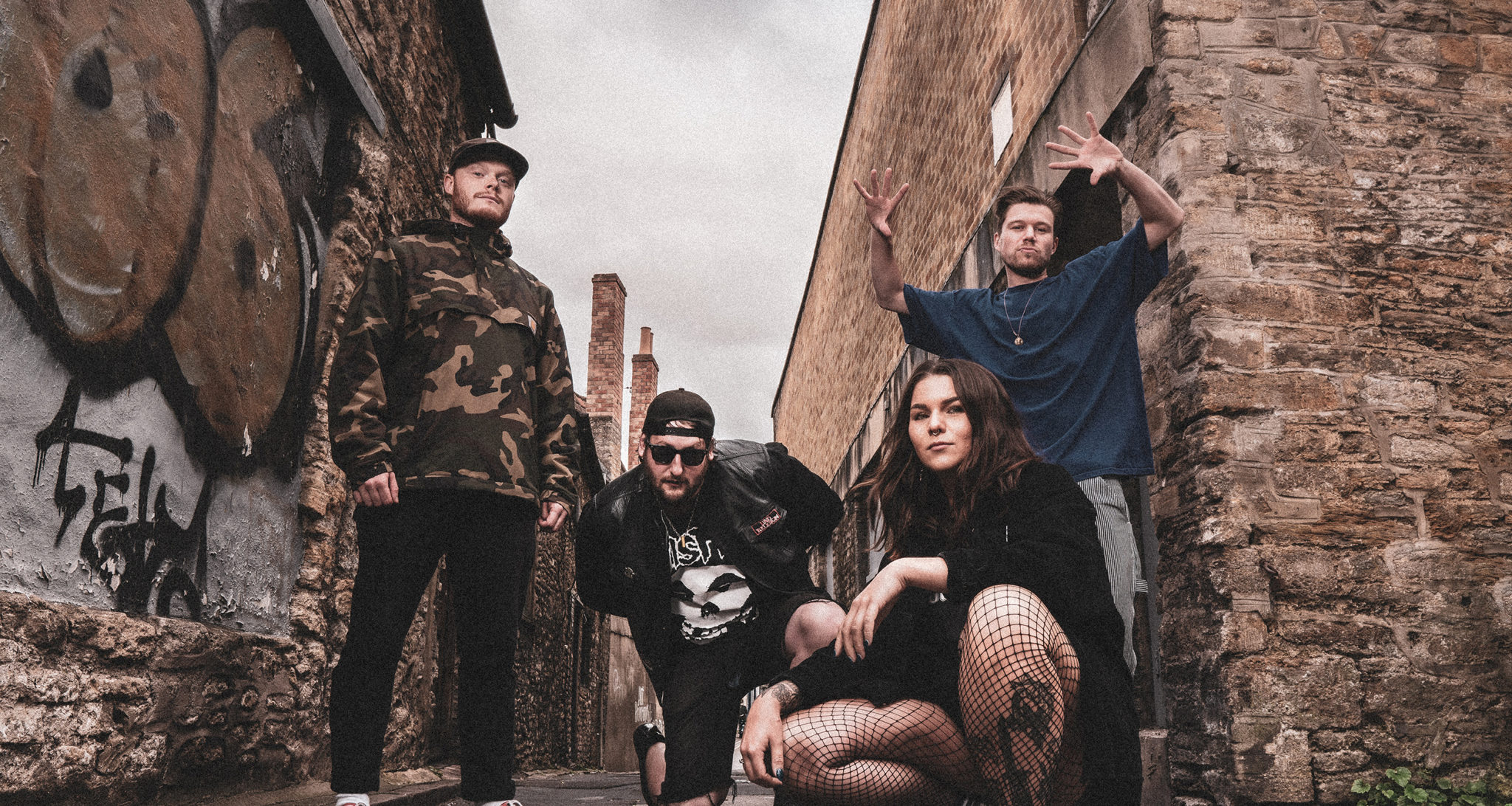 With a sound that sits nicely between the Beastie Boys and ’90s grunge, UK band SickOnes recently dropped their impressive new single, “Agility”, only to find themselves, like many other bands, left in limbo as the coronavirus pandemic took hold.

That being said, we love the track here at V13 so we thought we’d have a chat with the band to find out what albums they’re spinning to help them through lockdown as well as getting their favourite gig memory.

1. Grateful Dead – Europe ‘72 (Warner Bros., 1972)
Andy Wrintmore (Drums): The best place to start with the illustrious, deep and fruitful Dead discography that’s pretty daunting to begin with. Here the jams are tight, inspired, vigorous and dripping with youth, the uptempo numbers are interlaced perfectly with heart swelling ballads. This is a compilation of recordings from their 1972 European tour.

Andy Wrintmore (Drums): This is cheating as it’s a box set… Often referred to as the “Coffin Box Set” a life changing acquisition. It’s hard to explain how important that box set has been.

Charlie Jones-West (Guitar): Arguably the best alternative rock album of the late 80s and many would argue this is the one that softened the mainstream for Nirvana’s Nevermind.

Charlie Jones-West (Guitar): This record has everything you’d need from a 90s rock / hip-hop crossover record and with a vintage feel that only the Beastie Boys can achieve. You should all own it on vinyl and play it loud – particularly the song “Gratitude”.

George Walker (Bass): This album is always a go to specifically for JJ Burnels’ inventive way of playing and his bass tone.

George Walker (Bass): You can hear the chemistry of the Gallagher brothers so much in each song and the spirit of the band through the writing, it continues to truly inspire me to write and play my own music.

Kristie Easterbrook (Vocals): This is my go to album for dancing around my house, I love the 80’s pop audio aesthetic, even though lyrically it’s still classically ‘year 2000 emo’, the overall sound is uplifting and sounds like springtime.

Kristie Easterbrook (Vocals): Basically, the guitars make me happy. It’s easy to forget about what’s going on around you when you listen to this record, each song is flawless, specifically “Not The Same”. (Expanded & Remastered edition for added noise rock beauty!)

– As a band as a whole I would (and I’m sure the guys would agree) playing House Of Vans with Cancer Bats in 2018 was a highlight, although I wasn’t in the band at that time I still made the effort to go see them play that show. I remember feeling really proud of them; how such as small band from a small town could play in such a historical, culturally renowned and unique venue. Being a sold out show too, I think that one in particular did a lot for the band.