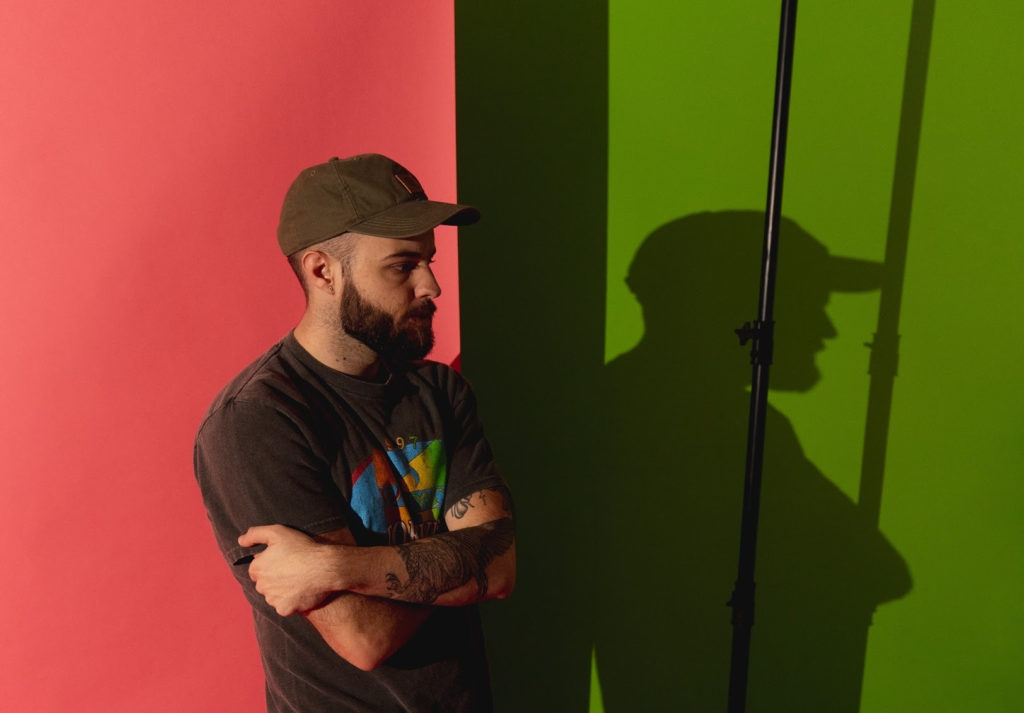 Bahamian indie-folk artist Matthew Pinder is known for his viral single “Golden Hour” that recently surpassed one million streams. However, Pinder’s newest release, “Blue,” seems to be connecting with fans just as much, especially during this time of social distancing and isolation. Pinder recently released a music video for “Blue” that showcases a new side of his artistry, one that is more relaxed and “in the moment.” We sat down with Pinder to ask him a few questions about the video, how he’s handling the pandemic, and what’s next for this emerging artist.

Tell me about “Blue.” What was the inspiration behind the song?

Matthew Pinder: “I don’t understand a lot of Bon Iver’s songs. What I mean is that I don’t always know what the lyrics mean. But I still know how those songs make me feel. I wanted to take an approach where it was less about the depth and weight of each word and more about conveying a feeling through the music around them. So ‘Blue’ came out of me choosing not to overthink lyrics and just vibe it out.”

“My favourite line is, ‘I traded in my righteousness for whatever else came next.’ I’ve abandoned the religion that was all over me for most of my life. I’m just not that interested in that language these days. I’m moving on.”

You’ve mentioned that “Blue” shows a new side of you, a new chapter. How does “Blue” represent you as an artist?

“I’ve been talking about this a lot lately but I really want to move away from being this broken-hearted, depressed, deep, dark singer-songwriter. ‘Blue’ feels refreshing for me and I wasn’t so controlling when we were making it. I invited collaboration and we ended up with something we think is really great. I don’t want to be a perfectionist with my music anymore.”

Tell me about the creation of the video. What do you hope it conveys to fans?

“I met up with an old friend and filmmaker, Tony Williams. I had just gotten back home from being in treatment for three months and wanted to make some visuals for songs I’d recorded last summer. Things changed, I got sober, quit smoking and I was still working on myself. I was tired of playing this intense artist role and I was ready to put one of my music videos totally in someone else’s hands.

I love the videos I’ve been able to make with such talented friends and I wanted to keep this one simple. So we stuck with the theme of avoiding overthinking. I wanted it to convey that I’m ok and I’m in a better place mentally and physically. I wanted the video to show community so I invited some friends to be in it too. I think this is the first time that I put out a video and didn’t really care how much people liked it because I love it.”

How has the COVID-19 crisis affected you as a musician? Do you feel more/less connected through music?

“I don’t think it’s affected me too much. I live in the Bahamas and I haven’t really done any major touring. Not that I haven’t wanted to but I currently don’t have the status to work in America or Europe. I feel more connected right now because I’m at home listening to music all the time and still discovering new songs. I decided to start putting out my new music during all of this because I figured some people might be at home looking for new music like me. ‘Blue’ is pretty chill and I want to feel like that daily and I hoped it would help with that for others.”

How do you think COVID-19 will affect artists in the long-term?

“Pretty negatively. No one can tour and streaming is down worldwide. Artists have been going pretty hard with live-streaming themselves playing from home but it’s difficult to really engage with people like that. This thing is awful. It’s hurting so many people. It’s hard to be hopeful.”

“I’m going to keep putting out songs over the next few months. I’d like to make some more videos if that’s doable sometime. Fans can also expect to see me post about Animal Crossing pretty much every day. And I’m working on becoming a living meme. What a time.”