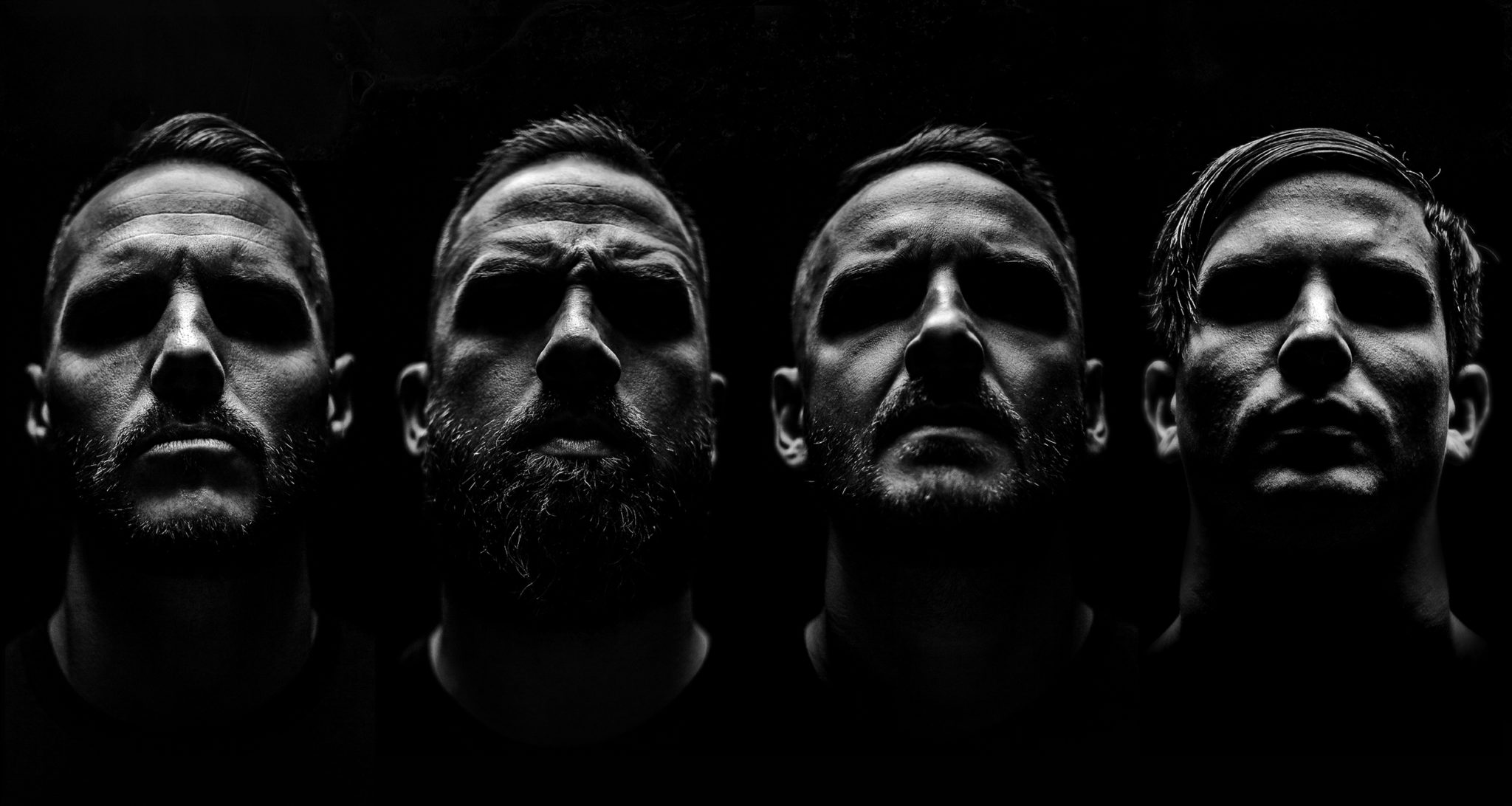 Canadian technical death metal titans Beneath The Massacre made their return last month with their colossal new album, Fearmonger, out now through Century Media.

Despite an upcoming U.S. tour to promote the album with Origin and Defeated Sanity being cancelled, and all future touring plans still up in the air, the band still have plenty to talk about given that Fearmonger was their first record in eight years. V13 caught up with vocalist Elliot Desgagnés to get up to speed with what’s been happening in the BTM camp.

So, your new record Fearmonger has dropped after eight years since your previous record, Incongruous! How does it feel to be back in the game?

Elliot Desgagnés: “Unreal. We never thought we would be ‘done’ at any point in time but at the same time, we never took for granted that we would be one day back on the road and touring with a new record.”

What’s the reaction been to Fearmonger?

“Very good. We don’t know if it is because we were missed and people really needed an album like that or if it is because it is better than our previous ones, but the reactions have been great. I think all our fans recognize this is the best material we put out so far.”

What was the writing and recording process like for the album?

“Long. We basically started to write Fearmonger while we were still promoting Incongruous back in 2013. We took a lot of time to write and rewrite the songs. We could be working on a song for 6 months, put it aside for a year and pull it back out to rewrite some parts in it. It is only once we knew that we had enough tracks for a full album that we started the pre-production in order to enter the studio. So there was a minimum of 3 versions of each track before it made it on the record.”

How did returning to the studio and working on music again come about?

“In late 2017, Chris, Dennis and I had a talk about what we wanted to accomplished with the tracks we wrote. It was clear that we had enough material for a full length so we needed to make a decision. We approached Antony Barone to know if he wanted to play the drums on the project and he accepted right away. It got us all pretty pumped to have a full line-up again and started recording pre-productions. While everything was moving rather slow, we all liked the direction the songs were taking and put all together, we knew we were working on a monster of an album.”

What are you trying to convey through the album (themes, messages)?

“Just like for the music, I had a lot of time to write the lyrics and I tried to make the most of it. I tried to write in a way that can make people question rather than giving people answers. The album title Fearmonger is the most direct song I wrote for the album because I was running out of ideas and ‘Rise of the Fearmonger’ was the last track to be completed musically. It is a straight forward track about the rise of anti-intellectualism, the post-truth era and all the fearmongering politicians that unfortunately rise in popularity lately in western civilization.”

What caused the band to go quiet after the release of Incongruous and Bonecrusher Fest, and what was the moment you decided to return?

“Every band has cycles. We were definitely at the end of one; it had been years we were intensively touring, we just released our last record on the deal we had with Prosthetic and we all had other aspects of our lives that needed our focus. Some of us returned to school, others accepted promotions at work and slowly but surely, we had no more time to tour and promote albums etc. But every once in a while, we would hit each other up and ask where we were at with the new songs.”

Were there any challenges in getting back into the swing of writing and recording?

“Writing as easy. We took so much time that it could have been our retirement plan. But things got complicated once we wanted to get in studio and finish it ‘for real’. We still didn’t know if we were going to release it by ourselves or search for a record deal. Didn’t know if we were going to tour and promote it or just put it out there and not do anything more with it. That sometimes made the recording process itself a bit difficult as it was hard to stay in the present moment and to keep all the focus on the songs without projecting anything in the future. The studio sessions ended up taking up to 7 months and the project changed a lot along the way.”

Fearmonger features new drummer, Anthony Barone. How has he fit into the band?

“I saw Anthony’s drumming videos when he tagged the band in a video of him playing “Unheard” off Incongruous. I thought he was really good and it made me go watch other videos of his. He is a really good drummer, not just at blasting but at writing as well. His drum fills are so on point. We approached him to know if he wanted to write his drums to our songs and he accepted right away. We gave him a lot of liberty on the record. We trusted him and I think he really appreciated that. His drumming really fits our music well and not any drummer can do that. Unfortunately, Anthony is involved with much bigger acts and most likely won’t ever be able to tour and play those songs with us live but keep in touch with everything band-related and will forever be in the BTM family.”

What was it like touring again for the first time after 7 years in June 2019?

“It was so strange. It felt like we were doing that just moments ago but at the same time a lifetime ago. We really missed it. I remember being over-excited at our first show and being out of breath because I wasn’t breathing right. I couldn’t focus. I was just so stoked to be playing music again. Everyone enjoyed it a lot.”

You were due to hit the road with Origin and Defeated Sanity throughout this month and April for a U.S. tour…

“Yeah, we were. Unfortunately, we had to stop the tour after only being on the road for a week due to COVID-19. We were in Chicago and were listening to the internet radio from back home in Canada when we heard the Prime Minister recommending to all Canadians abroad to come back home. We played the gig, drove right back home to Montreal and put ourselves in isolation for 14 days as per the authorities’ demands (because we were coming back from the US). They would close the borders the day after. It really is strange. Of course, we lost a lot of money but the shittiest part is that no one truly knows when we will be able to start back touring again. Some people say a few months, others a year… no one really knows when it’ll be safe to have a gathering of people again and I don’t think death metal concerts will be a priority.”

“We were in a lot of talks for many things but everything got cancelled now. We’ll have to go back to the drawing board.”

Finally, now that you’ve released another album, what’s next for Beneath The Massacre?

“We would like to bring Fearmonger LIVE to as many people as possible before returning in writing mode… and hopefully it won’t take as much time for us to come up with the next one.”