Solo Ansamblis is a post-punk group hailing from Vilnius, Lithuania who push a moody, edgy brand of ‘sad dance’ rock music that is a treat to delve into. Sung entirely in their native language, the group’s tunes come across to foreign listeners as at once familiar yet entirely otherworldly and foreign. The result is a bristling, menacing sound that forces you to drop your preconceptions and meet their dark tunes head-on. Their phenomenal new record, OLOS, dropped February 21st via Artoffact Records and begs to be listened to again and again and again.

In an effort to help shine light on the thriving cultural and creative scenes in their native country of Lithuania, Solo Ansamblis are joining us for this unique Top 10 entry to list some of their favourite acts from their hometown. Chances are you may not have heard of any of the entries – except for Solo Ansamblis themselves, of course – but when a band sounds this damn good, you pay attention to everything they say. So strap in and jet over to Eastern Europe with the guys from SA. Or, in other words, according to the band, “Here’s 10 tracks for a walk through Vilnius at night.”

Trip out with the video for “Baloje,” and seriously, can we be nicer to animals, please.

01. Manfredas
– Legendary and world-famous DJ and producer, people’s champion and resident of Vilnius’ OPIUM club. His SMALA parties delight us here in Lithuania for ages already and probably will be here forever. Mostly, he’s out in the world touring and doing what he does best. Have a listen for his wonderful NTS radio show or stop for a drink at his DJ bar Amadeus near Vilnius National Philharmonic.

02. Vaikinai Iš Padorių Seimų
– Translation of the name is ‘Guys from Decent Families.’ This is a duo of very creative people – Džiugas Bražiūnas is a famous Lithuanian DJ under the name Kym Wild. He doesn’t have a Facebook profile but has a huge passion for music. Tomas Ramanauskas is a genius creative director and businessman here in Lithuania – one can Google him easily, unlike the other guy.

It’s all about wins and “Losses” with BDHBTS.

04. Shkema
– They say that he’s a weird DJ and weird producer. This cool guy has a solid proficiency making dance music for long time, channeling his own weirdo style. Have a go for him!

05. Black Feeling
– Jonas Suraninas is a DJ and events promoter in a place named Peronas in the Vilnius train station. Peronas holds nice parties and provides a cool lounge in a colorful and scenic city area.

06. Patricija Kokett
– This is an alter ego of the wonderful musician, DJ and producer Gediminas Jakubka, who was released on Amsterdam’s Knekelhuis record label. Now he is promoting a crazy tribal psychedelic party series, Isla – if you’re here in Vilnius, don’t miss it!

07. MT Junker
– Three guys who, once upon a time, went for a pizza and got on a musical trip on which they are still on since then – mostly they do it live, sometimes in studio.

I’ll stick to pizza sans acid, but to each their own. Here’s the video for “ACIDPIZZA.”

09. Brokenchord
– Ernestas Kaušylas is very deep in music, creating his own kind with his own attitude and love for it. Radiohead noticed him as he made a remix for them, for which he’s gotten a lot of attention. But he’s even better in his own way and he’s not interested in being famous. Just music.

10. Phun Thomas
– Phunny guy and our neighbour. His name is not Thomas. He DJs under the name Andy Lau and he releases his productions on Runemark Records, founded by the controversial Ten Walls. 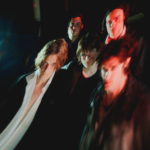 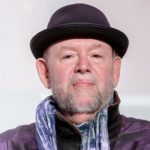