Jumping Jehovah’s witness, if the devil doesn’t lick ya where the good lord split ya, you’ll find humor Googling information about Me and That Man, as lots of porn pops up like snap, crackle and pop goes the weasel. As an aside, the band’s image reminds me of Fields of the Nephilim, whom I consider to be the pinnacle of all things goth rock. But back to the task at hand: the rollicking video for “Run With the Devil” is visually enticing, navigating through a twisted graveyard-like playground, ending up in a dark club scenario reminding me of bands like The Cramps or The Gun Club. “My heart is pure, but my church is black, I’m running drunk and wild through hell and back.” It’s at this point that I’m not sure if I should address the instigator as Adam or Nergal.

“Burning Churches” is a running joke between me and a bunch of my ‘80s thrash metal cronies WAY before the second wave of black metal was even preconceived. Loaded on whiskey and beer, and listening to Possessed, I walked into a party late at night and belted out, “burn the churches!” It was such a ludicrous, premeditated notion that the entire place erupted with laughter. Well, here we are today, post-black metal apocalypse. “I’m called by the light of burning churches. I’m saved by the light of burning churches. My life was reborn into that incendiary darkness, it brought to mind the great writers of satanic verses.” Ain’t so funny now is it, motherfucker? But woe is me, and I don’t dabble in that black magic stuff any longer, except sometimes when I get pissed and my finger starts wiggling.

“Mestwo” has a very early Cult vibe reminding me of something from Love or Electric: Manor Sessions. This again is a win-win situation but sung entirely in Polish. There’s a hauntingly romantic embodiment to it that simply adds to its beauty. Playing this during a first date might not be your best option, but if you do, it’s a great companion to order food with, and it sure would be cool if Nergal was your waiter and showed up crooning whatever the hell it is he’s singing about. This finds me at tip time thinking I’m not sure if I want to get married or buried, or is it the same thing?

I don’t know what it is lately, but there are a lot of acts that are adding this Southern Baptist vibe to their music, and it’s not like it’s a bad thing, as a matter of fact, I very much welcome it. The track “Surrender” even has that overly-distorted vocal microphone that at one time was a mistake and now people are intentionally mimicking. This is a haunted, sonic staircase leading into the depths below. Nergal has found himself a private hell of success, mocked up as the Devil. When some describe Lucifer, they describe him as not an ugly entity with a pitchfork, but as a well-dressed, sophisticated man such as in The Devil’s Advocate. Somewhere along the line, Adam has morphed himself into this persona.

At the spiritual crossroads of “Deep Down South,” Diabolus dusts our boots as we’re going to hell and back on his hay baler. If you’ve ever been lost in the southern part of America and you ask for directions, it goes something like this: “You see that rock down there? Take a left, and go about a quarter of a mile until you hit the cornfield. When you get there, head straight north and that’ll lead ya to the main road into the next town. Now if you miss that turn, you’ll end up in the marsh, and ain’t nobody fishing ya out of that mess.” Thank you, Floyd. Thank you, Jesus.

If one was to sink into that marsh, I think you would hear something like this: “I cut her throat and hung her out to dry. Behind bars ain’t no place to be, incarceration will be the death of me. I’ll make my way down to Mexico, with my guilty face, no one will know.” Well dammit, Floyd told us not to miss that turn! And the colored girls say, doo, doo, doo, doo, doo… No, they don’t make an appearance, but the white chick from Lucifer adds, “Now deep down south I’ll make my way, I have to make the devil pay.” Well, thank God for positraction as we back this thing up and get the hell outta Dodge!

Throw in that 8-track of “How Come” featuring Corey Taylor with his finest panhandling for a dime to buy that six-pack after the last call for alcohol. We ain’t boot-scooting booging over here, but sliding down a razor blade into a pool of muriatic acid. Again, this has a very Cult, Love-like vibe, which can do no wrong in my book of horror goth rock and roll. “I see my friends dancing on the guillotine. Stop them on the edge, in those stupid soulless shoes.” The one thing I can say about Corey and Adam is they’re very deep individuals singing things you cant learn from books, but only from living life.

New Man, New Songs, Same Shit, Vol. 1 is the perfect conglomeration of punk, goth,  and horror embodied rock and roll, with the underlying theme of a dark western directed by the older brother of Jesus himself. Maybe I should lighten the mood? Put on some Faster Pussycat, Manfred Mann’s Earth Band, Bee Gees or something? I’m trying to finish my story, but the dog keeps drinking out of the toilet like she’s licking the devil’s bowels… so, I gotta turn this off and leave things as is. Come on Lady Godiva, let’s go outside for a walk in the sunshine. 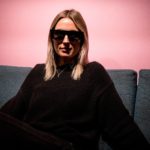 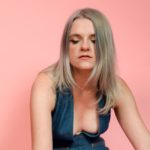