Set to embark on his first, full-fledged foray into the crazy world of music, Vlad Holiday is ready, willing and able with his debut EP, Fall Apart With Me. Entirely self-written, produced, and recorded entirely in his own New York City studio, Holiday used the old to create the new by recording on old-fashioned tape and instruments from eras long bygone. This was the primarily avenue in which Holiday found his creative calling for the EP, and it also seeped into the songs and their lyrical content like on “Phonograph” where he sings of the device invented by Thomas Edison that was used to record and reproduce sound. For every song on the album, Holiday used a microphone from the 1950s to create a distinctive vocal sound.

Originally from Bucharest, Romania, Holiday and his family were forced to leave their country after receiving death threats by the Romanian government. After years of searching for who he really was as a musician, Holiday has settled on a solo career with music that’s partially influenced by what may have been his life had he been forced to remain in his birth country. Even in singing about love or emotion, there is always a sense of melancholy that burns through each song.

As a result of his original and distinctive approach to writing and recording, we spoke with Vlad Holiday for our latest “Geared Up” interview where he discussed a lot of his arsenal of retro equipment and recording devices.

Vlad Holiday: “I guess a big part of my sound is either the vocal or the fact that I throw vibrato on almost everything. The vocal starts with my Electro Voice RE15. Vibrato-wise, either LoFi Junkie by Z Vex, Tailspin by TC Electronic, the J37 plug by Waves, or manually manipulating the pitch control on my Tascam Teac 144 tape machine.”

How did you come to possess these pieces of equipment? Vintage shop, regular shop, borrowed money, gifted. Give us the details.

“I buy a lot of things on Reverb. Most of those are Reverb purchases.”

What made you chose these particular pieces of gear and were there any close seconds or alternates?

“I do have a lot of alternatives that do similar things, but these seem to be the best at doing what I want, at least until I get bored and want to try something new.”

What other gear are you using right now that you’re really into?

“I have a Fulltone Tube Tape Echo that was gifted to me by my friend Charlotte Kemp Muhl. I’ve used that on every song since I got it. It’s pretty damn amazing, especially coming from a background of using plugins that try to emulate tape delay, it’s the real deal. I’m also loving this ‘50s Gretsch 6161 guitar amp, the Roland Bee Baa fuzz/treble booster, Foxx Tone Machine, Maestro Fuzztrain. Almost everything is running through a Universal Audio 6176 pre-compressor unless I’m using the pres on my Teac 144.” 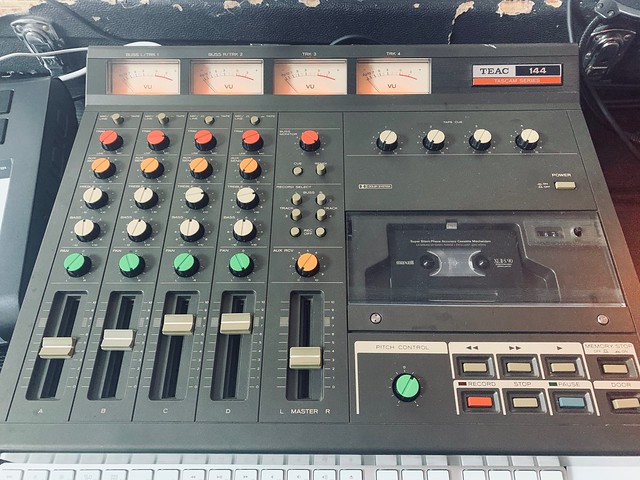 Did you use all this gear during the recording of your latest EP? If so, please elaborate on how and for what parts.

“Used everything on every song. Specifically, you can hear the fuzz pedals at the end of ‘Phonograph,’ ‘Forget,’ and ‘Twisted the Covers’ (on the new EP). The vocals are almost all the RE-15 or a Shure model 51 from the ‘50s. ‘NY Midnight’ actually started with me recording subway sounds on my iPhone at West 4th street in the west village while I was walking to my studio. Then I took that sound and ran it through my Tube Tape Echo to make some crazy psychedelic sounds as a starting point and the whole song followed pretty shortly after.”

“I do incorporate a Roland SPD-SX pad that my drummer plays live. The kick and snare have triggers on them and trigger specific sounds to each song, as well as lots of sprinkled sampled things that he’ll trigger on the pad. I wanted my songs to sound like I’m sampling really old music, so I often try to create those moments, make them super lo-fi and then chop them up in unnatural ways so I wanted to be able to do that live. Vocals live are always a tricky thing, I’m constantly figuring out new ways to do them to sound like the studio recordings.”

We know you love those pieces of gear, but are there any major cons to them?

“The only cons are that a lot of the gear is old and finicky, but that’s also a pro in my mind. I want everything to have a life of its own and to screw up in interesting ways, those are my favourite moments in the recordings. If everything is too predictable and clean, that doesn’t excite me.”

How easy is it for you to tweak everything and get the tones/sounds you need?

“I start to find sweet spots so, for the most part, it’s fairly easy. I’m a big fan of keeping the workflow fast, so I don’t lose ideas because it takes too long to find and record them. But at the same time, if everything is just ‘set it and forget it,’ then there’s no room for experimentation, which is also highly needed in the studio. It’s a fine line.”

How does the gear hold up with regular touring and gigging?

“I don’t bring everything to shows, but for the most part, everything holds up fine. I haven’t had any major disasters yet.”

“With my old project, pre-solo project, we used to use Ableton Live on a laptop for a number of things. Laptops can be finicky live, especially for an artist this size that can’t afford a crew to oversee everything. We were doing a summer festival once and the computer overheated. It might have been 115 degrees outside so it was pretty brutal, and the laptop just wasn’t working. I’m very happy not to rely on a laptop live anymore.”

Any final thoughts or comments on your gear?

“I love my studio more than most things. I’m always looking for new things to keep it exciting and new, so if anyone wants to trade stuff let’s do it. I’m a huge guitar pedal nerd (I run a lot of things from my sessions back through guitar pedals, almost as outboard gear).” 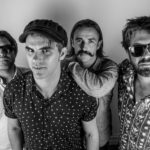 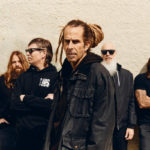