Melbourne, Australia’s indie noise rockers, The Mean Times, have revealed a music video for their single “She Lives on Oxygen.” The new track is the first to be released from the group’s upcoming EP, Stunned Mullet, of which the band noted on YouTube, “‘She Lives On Oxygen’ is a dark stoner punk rock and roll track, happily drowning in guitar noise and corporate sexual greed.”

The forthcoming album was recorded and mixed by Nao Anzai (Cash Savage and the Last Drinks, Kim Salmon) at Melbourne’s Rolling Stock Studios with mastering from Mikey Young of Eddie Current Suppression Ring.

At this time, the band has a “She Lives on Oxygen” single release party scheduled for Saturday, March 21st at Brunswick, Melbourne’s The Spotted Mallard with Danny Walsh Banned & Dumb Whales. 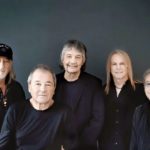 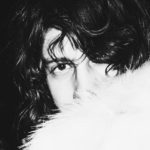 Geared Up: Vlad Holiday Gets Into the Equipment Used to Record His New EP ‘Fall Apart With Me’