Esteemed European festivals, Montreux Jazz (CH) and Sonar Barcelona (ES) have both played host to renowned Turkish composer Cem Yildiz, yet he’s still anonymous to US audiences despite a career spanning 30 years. A strong likelihood for this is that he’s yet to tour North America. Yildiz is a prominent composer and Baglama player from Erzincan with an extensive body of work. In his home country, he stands on his own feet as a respected artist without the need for affiliations to back his merit. His signature style is a hybrid of traditional Turkish folk music with electronica and psychedelic music. It’s an appreciation of his culture’s rich history brought into today’s world with its injections within alternative music.

Yildiz is a prominent niche artist. For those needing an introduction, his debut solo album is a great starting point. The latest entry, Kün, is a short yet impacting showcase of his work and is seeing release by Istanbul-based label, Erinc Guzel’s and Haluk Damar’s Caz Plak. Kün’s two tracks span 17 minutes each and give an in-depth look into Yildiz’s songwriting and production capabilities coinciding with his skillset as a Baglmama player. It’s worth stressing that this isn’t a concept album by design, with a cliched intention of a style ala East meets West. Yildiz excels in both music styles with intensive training from Istanbul Technical University Conservatory and a body of work across touring/recording with his ethnic-electronic groups Insanlar and Orient Expression. Both groups showcase how traditional Turkish music can meld with new forms of music and arrangements, delivered in an ethic and style that borders what’s prevalent in punk rock.

The two tracks on Kün show Yildiz’s aptitude for challenging himself. Side A’s “Haydar Haydar” is an expanded and reimagined rendition written originally by renowned baglama player, Ali Ekber Cicek. At the time, it was the most challenging song composed for Baglama players and considered a key song written in the Anatolian Folk tradition. Yildiz’s arrangement consists of a lo-fi feel blended with stripped-down trip-hop elements, which traps the listener’s attention as the song progresses. Side B goes further into his homeland’s history with Yildiz’s electronica meets baglama arrangements underlying the verses of the 13th-century poem “Ahir Benem.” The result is something more so heard on labels such as Stones Throw or Repozessed Records with its hybrid arrangements in play.

Kün’s dynamics and interchanges keep the two songs captivating and are a great representation of Anatolia’s surging artists today. Kün isn’t an album meant for the sole purpose of background music, this album deserves and will receive your full attention. 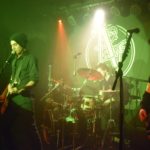 UnCovered: Suffer No Fools Discuss Their Captivating ‘We Die As We Live’ Cover Artwork 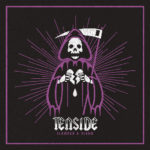