Word on the street is that pop star Britney Spears no longer wants to work because of her conservatorship, which has been held by her father, James Spears, since 2008. The guy gets a fat, monthly $10,000 check for sitting on his ass and telling her what she can and can not do. Lady Lucky is not planning to release any new material in the meantime.

But her kids are alright and stand behind her fighting like the Hatfields and McCoys. 13-year-old son Jayden James Federline told fans his mother might not ever hit you, baby, one more time, nor drive you crazy again, but the song remains the same. “I haven’t seen her doing a lot of music at all. I asked her, Mom, what happened to your music? And she was like, I don’t know, honey. I think I might just quit.”

Well if this is the last we’ve heard from the Pop Queen, at least we received one more golden conglomeration with the 2016 release of Glory. I think the 38-year-old has had it, and just wants her life back. I mean, wouldn’t you? One day, at the right time, we’ll get new music with a new face and vibe from Ms. Spears. 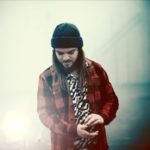 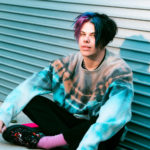 Yungblud to Live Stream “Shit’s Weird Keep Calm and Carry On” Concert on Monday AM!