Anti-establishment punks Against Me! had only just embarked on a month-and-a-half-long headline run with supporting act Stef Chura when they found themselves caught up in the wave of cancellations of concerts and public events amid the spectre of a COVID-19 pandemic. Luckily, for those of us gathered at Portland, Maine’s Port City Music Hall on March 12th, the show would go on, though the band did inform the audience that they themselves had found out that the rest of their run was cancelled as they arrived at the venue on this, the second day of the tour. The sold-out crowd had braved news of three known cases of the illness present in the state at the time (much higher now), which was relatively cut-off from much of the epidemic up to that point.

While the news of the tour’s cancellation was certainly a bummer, both bands gave it their all, with Stef Chura performing an upbeat set that had most patrons nodding along as they ripped through ten songs that featured fan-favourites like “Method Man,” “Spotted Gold,” and “Sweet Sweet Midnight.” 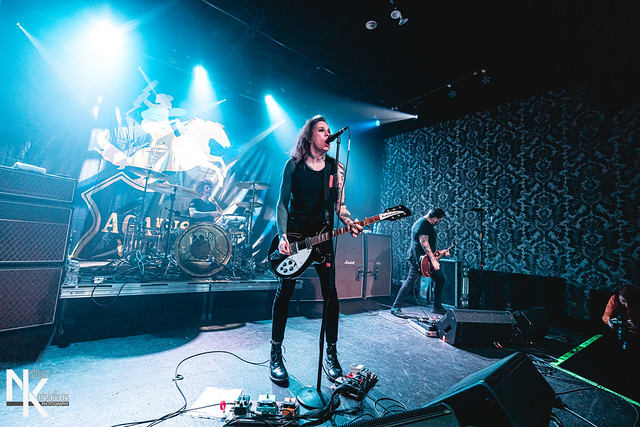 The crowd was more than warmed up by the time Against Me! emerged onto the stage. They wasted no time in pulling out the hits, with tracks “True Trans Soul Rebel,” and “Pints of Guinness Make You Strong,” right out of the gate.  Led by frontwoman Laura Jane Grace, and with a stage presence that would make most peers jealous, they put on an impeccably tight set that lightened the anxieties and moods of those in attendance.

With current events weighing so heavily at times like these, it was wonderful to be able to get lost in the music as Against Me! continued with more hits like the Laura Jane Grace & The Devouring Mothers song “Reality Bites,” as well as “White People for Peace,” and mega sing-along “I Was a Teenage Anarchist.” I don’t think anyone was expecting an encore after a nineteen-song set, but the band came back with several more tracks, including “Holy Shit!” and “Transgender Dysphoria Blues.”

As the night ended, those in attendance were left with fond memories to hopefully carry them through the coming months and likely increase in cancellations and quarantines. 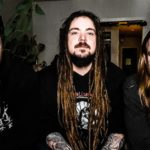 B.C. Band BADGUYSWIN Conjure Up Some ‘90s Grooves on “Lying To Myself” [Video Premiere] 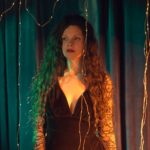