Welcome to the City of Skin and Bone, the land where there’s lots of well, skin and bone, and Convey reign supreme. The band is set to release their debut record tomorrow, but why wait until then when you can hear it right now? (Pre-save/order the album now here.) Two years since their creation, there was never a better time than now for the Los Angeles alternative rockers to reveal themselves in a more full-on, distinct fashion.

It comes with great pleasure and relief for the band to now be releasing the record, a work of art that has been written and recorded since the tapes started rolling in the summer of 2017. Under the guidance of producer Jim Kaufman (Atlas Genius, AWOLNATION), many of the songs had already existed in various forms and had been played live to approving audiences. From there, the songs developed even further, taking on a life of their own which has resulted in ten tracks that represent years of hard work and refinement.

After pressing play on City of Skin and Bone, it won’t take long before singer Ben Cohen reels you in with his lyrics of fear and love and wails of societal corruption and injustice. It says a lot about Convey as a band and their future potential that they were capable of warding off the gimmicky pretentiousness that too often befalls the creativity in contemporary music. Convey successfully steers clear of these pretensions, drawing from the best of modern rock, while still pushing the envelope forward in their own way.

Enter the City of Skin and Bone at your own risk. Listen to Convey’s brand new album:

On the matter of City of Skin and Bone, the band collectively commented, ”City of Skin and Bone isn’t really a typical debut LP in that we didn’t set out to make an album in a matter of months from scratch. Instead, it’s really a culmination of our favourite work throughout years and years of writing. It is incredibly cathartic to finally have this music out that’s been gestating for so long, like it’s a nice colonic cleanse!”

It’s been a long while since the infancy of Convey, when Cohen and guitarist Jahan Rajabi met in high school and started jamming away at their instruments, sessions that were so productive they wound end up some of the first Convey songs. Their debut EP was released in fall, 2016, which produced the viral video hit “Speed Dial.” The members have mostly kept to themselves over the last year, developing ideas, perfecting their songs until everything sounded exactly the way they want it to. The grooves cut deep, the vocals soar in the sky, and the customs and strengths of good old rock n’ roll make City of Skin and Bone seem like it should be from a band that is well into their career.

With a month of touring imminent, there was no better time for a short chat with the band about City of Skin and Bone so that we can learn more about it. In what follows, singer Ben Cohen details the relevance of the album title, the lengthy recording process and what artists the band looked to in the making of this record. For band tour dates and to purchase tickets, you can find that all here

This is one of the ways in which Convey convey “The Way” to rock hard:

Your debut album is titled City of Skin and Bone. Is this a direct reference to a particular city? Or perhaps it’s hinting towards a concept? Please offer us some insight if you will.

Ben Cohen: “Although the title track was written back in Boston and inspired by our experience at the time, it thematically applies to all cities really. I think we’ve found it even more relevant in L.A. City of Skin and Bone became more of an overarching metaphor for isolation. It’s the idea of a city stripping you down to your core, and the subsequent realization of just how small you are. All the songs on the album follow the interpersonal or philosophical ramifications of that lonely humility that comes down like a storm.”

Recording for City of Skin and Bone began in the summer of 2017. We’re now in November, 2019 and the album is seeing its release. Were there any reasons in particular for the long period between beginning the album process and now releasing it?

Cohen: “More than anything this came down to finding a label that would be an appropriate and also just saving up enough to be able to self-fund the video content and marketing that really needed to accompany it. It also gave us time to work our way into the local rock scene here in LA, which has definitely opened some doors for us. Quite honestly though, it has been incredibly frustrating to sit on it this long, and we’re looking forward to moving faster with releases in the future.”

Check out the artwork for City of Skin and Bone: 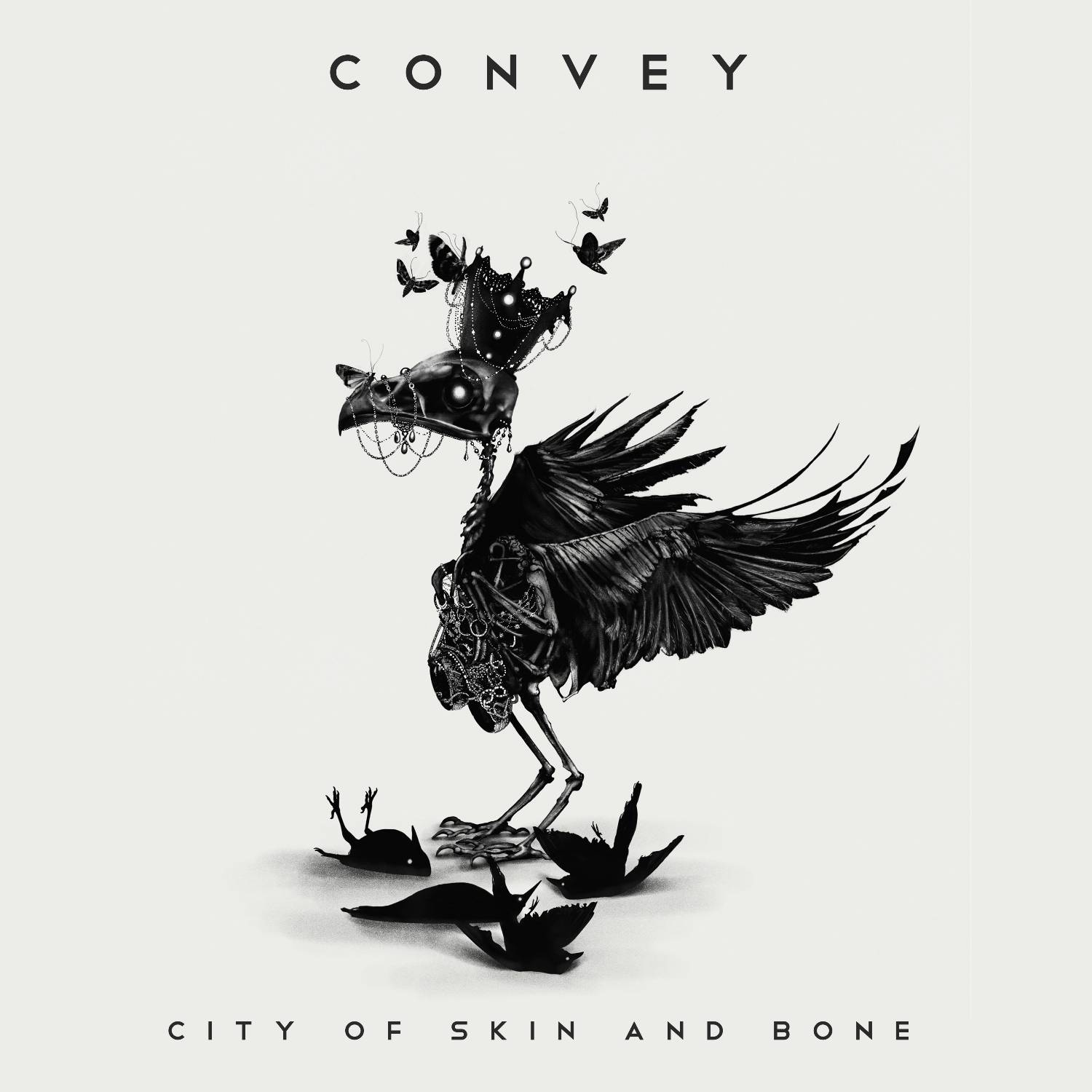 At what point in the recording process did you realize you were really on the right track with where you wanted to go with this record?

Cohen: “I think that realization happened during the writing process. We’re all pretty opinionated and the writing process often involves some back and forth (kind of British Parliament style where everyone is yelling at each other), so by the time we have a consensus it is really satisfying. Once we have around eight or nine songs fleshed out we start to see that bigger picture. Our producer, Jim Kaufman really specializes in getting the best performances out of his artists so the actual recording process was natural and pretty seamless from the beginning.”

Regardless of how long it may have taken, I think it’s safe to say you have delivered a highly impressive album’s worth of songs. One element that really stood out to me was the stunningly awesome guitar riffs. How did you come up with such standout riffs?

Cohen: “Usually the riffs are written on a piano first and then adjusted a little before played with a guitar with overdrive and effects.”

Judging by the sound and vibe of City of Skin and Bone, I’m guessing you looked towards some particular individual influences. What bands or artists did you directly look to for inspiration in the writing and recording of the album?

Cohen: “All of us eat up as much music as we can, including lots of instrumental electronic, hip-hop, jazz, etc, so I think it all gets thrown into the stew somehow. Specifically, in this record we ended up discovering a lot inspiration from Queens of the Stone Age, System of a Down, The Mars Volta, and some staples like Zeppelin and Black Sabbath.”

Get a healthy dose of the music video for the song “Nutrition:”

Upcoming Tour Dates: (w/ Chevelle except those marked with a *)