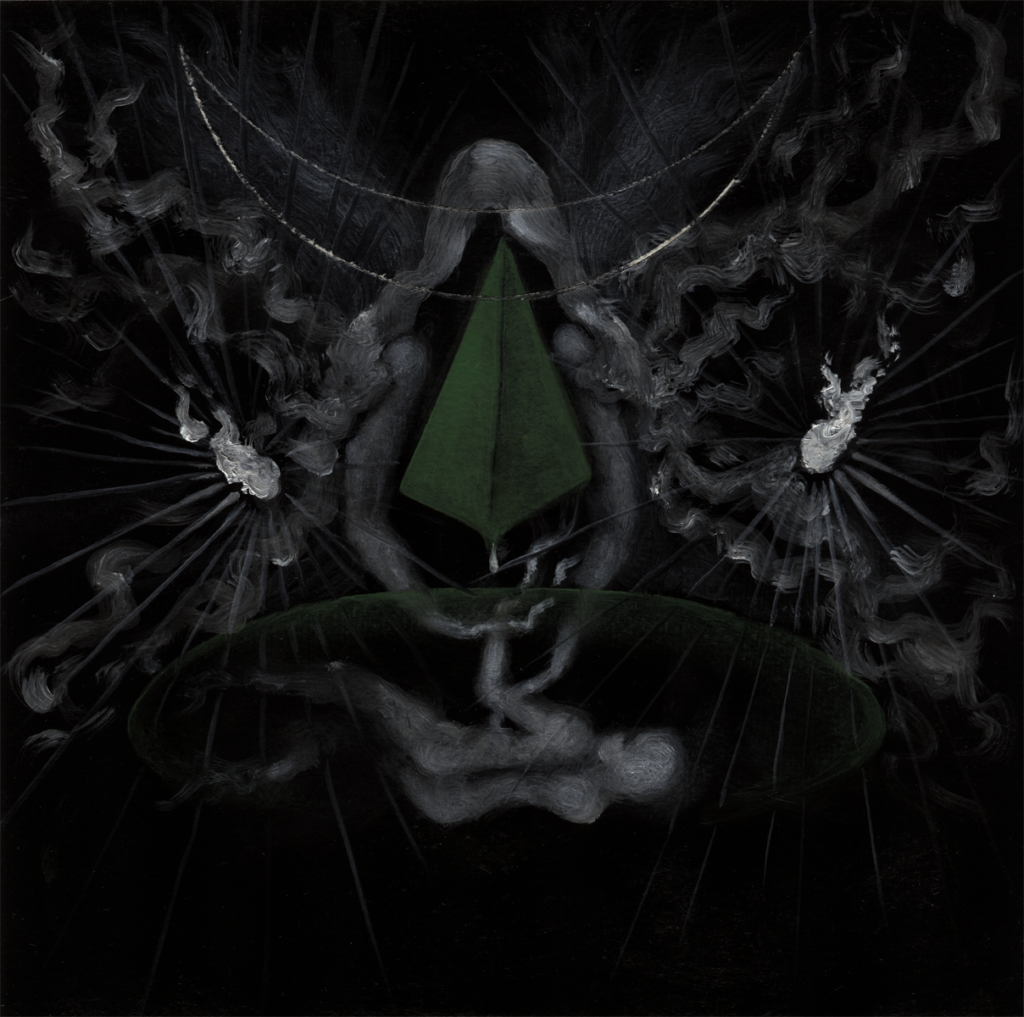 No matter what opinion you may hold upon hearing the actual music, you have to give Californian multi-instrumentalist Kakophonix credit for defining the genre of “black ritual chamber musick.” His new release on Red Nebula, Black Morning, Winter Green is pioneering, ambitious and quite possibly, unlike anything you’ve heard before, depending on your tastes.

From a classical point of view, chamber music carries an implied intimacy, as well as an ethos of do-it-yourself amateurism in its very design: music that is written for smaller ensembles to be played in smaller settings. By marrying this gentle, friendly atmosphere with the harsh frigidity of extreme metal styling, dissonance and arrangement, the result is as likely to anger purists from both camps as it is to inspire. ‘Serious’ musicians will pour scorn on the introverted, dark and emotional themes (forgetting for a moment Elgar’s Enigma variations or Schubert’s Winterreise) while black metal fans will bemoan the glaring lack of blastbeats and tremolo-picked riffs – despite the misanthropic ambience that bleeds through each measure of the four movements (calling them “songs” or “tracks” demeans their value) on this EP.

The movements themselves are well-named and create their own long-running narrative as well as standing on their own as individual offerings. “An Inviting Afterglow” gently welcomes the listener with warm, bell-like cello tones that, even at their most histrionic and discordant are still inherently comforting. All this happens before “Grand Darkness Engulfs” subjects listeners to a more martial journey. Imagine the in-game soundtrack for something violent and unsettling, and you’re halfway there. The stirring, strident follow-up on “A Shock of Winter Green” concludes the story in a clash of vibrant strings and narrative, descriptive passages before the outro leaves the battlefield, broken, limping, but still alive. The cello takes centre stage throughout, but touches of guitar and bass round off Kakophonix’ immersive compositions.

Recent classical composers like Arvo Pärt (just listen to Spiegel im Spiegel or De Profundis) equal Hvile I Kaos in terms of minimalist melancholy, and David Lang’s Death Speaks uses similar instrumentation, themes and even the vocal performance, though vastly different, carries a similar evocative response to the spoken word on Black Morning, Winter Green’s “Outro.” Viewed in this light, Hvile I Kaos is doing nothing new – merely classifying his output differently, raising questions about his intention. In coining the term ‘black ritual chamber musick’ is he seeking to expand his reach into the extreme metal market, or conversely, limit his reach within classical circles? Either way, what he has done on Black Morning, Winter Green is sow division and create controversy – both actions I applaud as hallmarks of artistic output, provoking thought, debate and the development of informed opinion.