“It’s time to just let it go, ok? Just let it go already.” How many times have we all heard that phrase? Well, we’re going to be the ones to tell you to just let it go today and check out Jasmine Cain’s new music video for her latest single “Let It Go.” If you’re coming in fresh, let us bring you up to speed. Cain is a singer, songwriter, and very well-accomplished musician who works about as hard as she possibly could. Originally from Sturgis, South Dakota, Cain is no stranger to the road, covering thousands of miles per year, hitting literally cities in the hundreds across the United States, and routinely playing in remote locations where musicians rarely wander. One thing which helped her move up the ranks was developing a report with and love for motorcycle culture, a community for which she frequently performs at festivals, motorcycle shows or rallies. She loves doing it and they love having her!

“Let It Go” comes from Cain’s latest album SEVEN, released back in May. If you haven’t picked it up yet, then hop to it and download it now. Commenting on the song, Cain said, “When most people hear this song, they picture a girl who can’t get over a lost love or ex-lover. That couldn’t be farther from the truth. This song was written about a rage that burns deep within that you just can’t let go of, knowing full well that it will destroy you from the inside, but it’s so worth it.”

Here’s your chance to peep the “Let It Go” music video:

The album is titled SEVEN because well, it’s Cain’s seventh studio album released since she began her prolific career in 2003. The album was a time-consuming endeavour, requiring three years to write and record, much of which Cain did on her own. She was assisted along the way by producer Caleb Sherman (The Lacs, Rex Brown of Pantera). SEVEN stands out as one of Cain’s finest, defined by its active rock sound, combined with the pop sensibilities of Adult Contemporary. It’s another achievement in her storied career which has seen the artist win over 30 awards, including ’PF Female Artist of the Year,’ (MCMA), four-time ’Female Rock Vocalist,’ and NIMA ’Artist of the Year’ and two-time Alt-Rock band of the year.

With still some weeks to go, Cain has already played over 130 live shows this year, all of which are stadium-quality, high energy affairs that encourage a lot of audience participation. Much of the reason for her live success is due to her highly emotional songs, her unrivalled energy and her soulful vocals. If you’ve yet to catch Cain on tour this year, well don’t worry because there are dates still to be played (see below). It wouldn’t be out of line to say that every musician could learn a thing or two from Jasmine Cain.

The album SEVEN was self-released on May 10th, 2019 Check out the artwork: 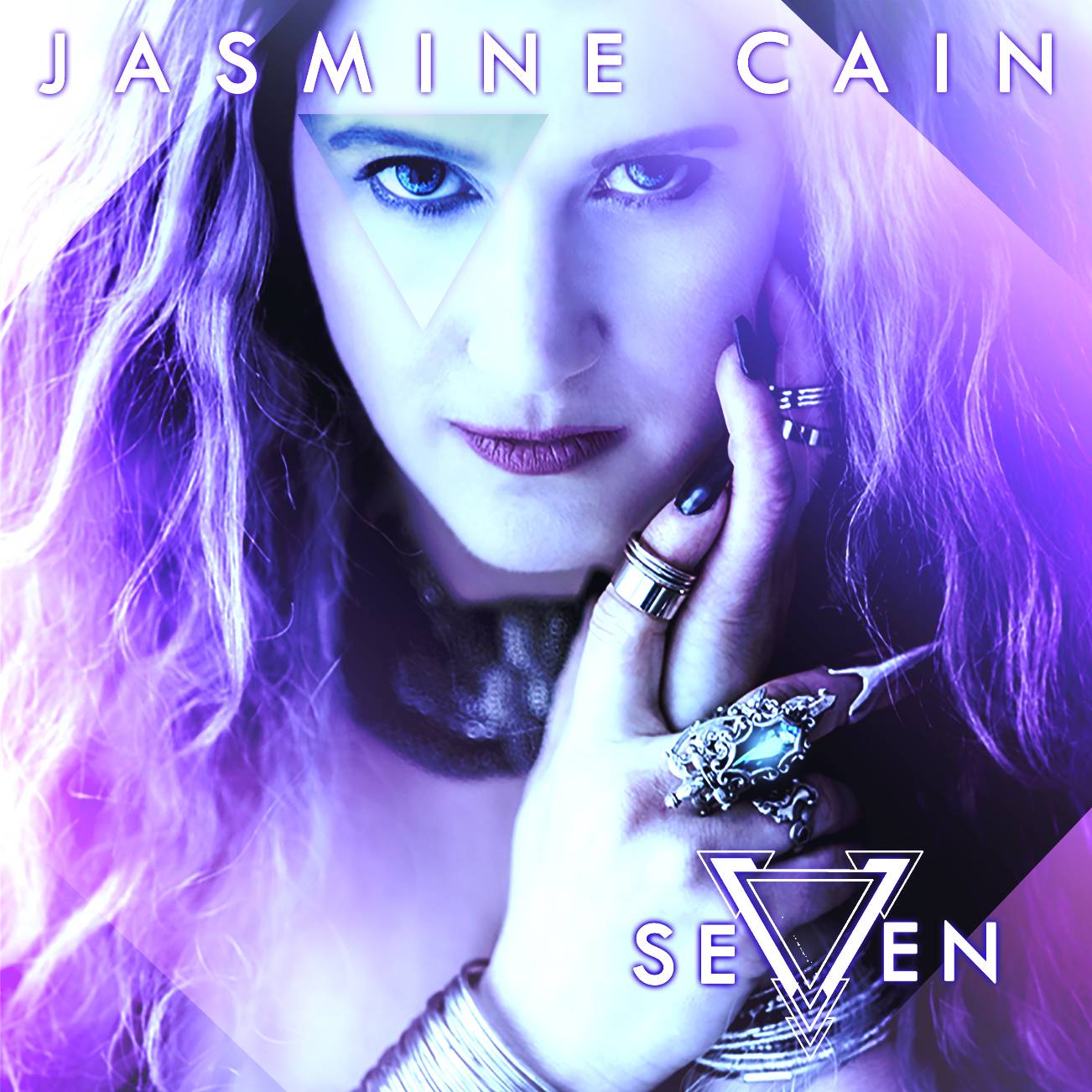