We’re taking you right to the Edge of The Black today, then lighting it the hell up with the new track “Song of Light” from the one-man, melodic instrumental rock group Pyramids On Mars. Led by the unbelievably multi-talented guitarist Kevin Estrella, Edge of The Black is Pyramids On Mars’ brand new record, due out four days before Christmas and now available to pre-save/order via Bandcamp, Apple Music, and Spotify. This will be the follow up release to the band’s 2015 LP Echo Cosmic and is by far their best work to date.

No lyrics are necessary for the dynamic Estrella, who delivers every shred of guitar you hear throughout the entirety of Edge of The Black’s ten tracks. The album is as daring and progressive as the classic Joe Satriani instrumental record Surfing With The Alien was upon its release in 1987. It drips with passion, energy, and melody, and pays homage to not only Satriani but also Estrella’s other important influences, such as Rush. Rush is ingrained in the circuitry of Estrella, a band that was very much “instrumental” in Estrella going the route he did with his musical career.

Get lit up with Pyramid On Mars’ brand new “Song of Light:”

In reference to the “Song of Light,” Estrella stated, “It was the first song I wrote for Edge of the Black. It all started with the main rhythm guitar riff. It just belted out. But has a positive feel to it because it’s in a major key. But what is cool about it is that at the end of the phrase, the rhythm guitar is actually spelling out a Dom7th chord that wants to resolve back to the Tonic. I got the idea from Bach, and it worked beautifully. The other thing about this song is that it has harpsichord in the introduction. In addition to a female chorale section in the chorus. I was thinking, ‘Who would be crazy enough to do put harpsichord and a Chorale section in a metal song?’ (laughs) It was such positive uplifting energy for such a high energy song that is why I called it ‘Song of Light.’”

Much of Edge of The Black just came out naturally for Estrella. There is a great emphasis on songwriting you’ll find through all ten tracks. It tells a story without using even a single word by offering the listener an opportunity to visualize each chapter of the trip. The lead guitar melody often carries the weight, but to achieve a full, well-rounded listening experience out of the album, it’s necessary to listen hard for the other instrumental components. With such a deep, diverse record full of variety, Edge of the Black promises to be one of 2020’s best instrumental works.

For more Pyramid On Mars listen to “Battle For Rome” from Echo Cosmic:

Edge of The Black Track Listing:

Get a gander at the planet Mars with the artwork for Pyramid On Mars’ new album Edge of The Black: 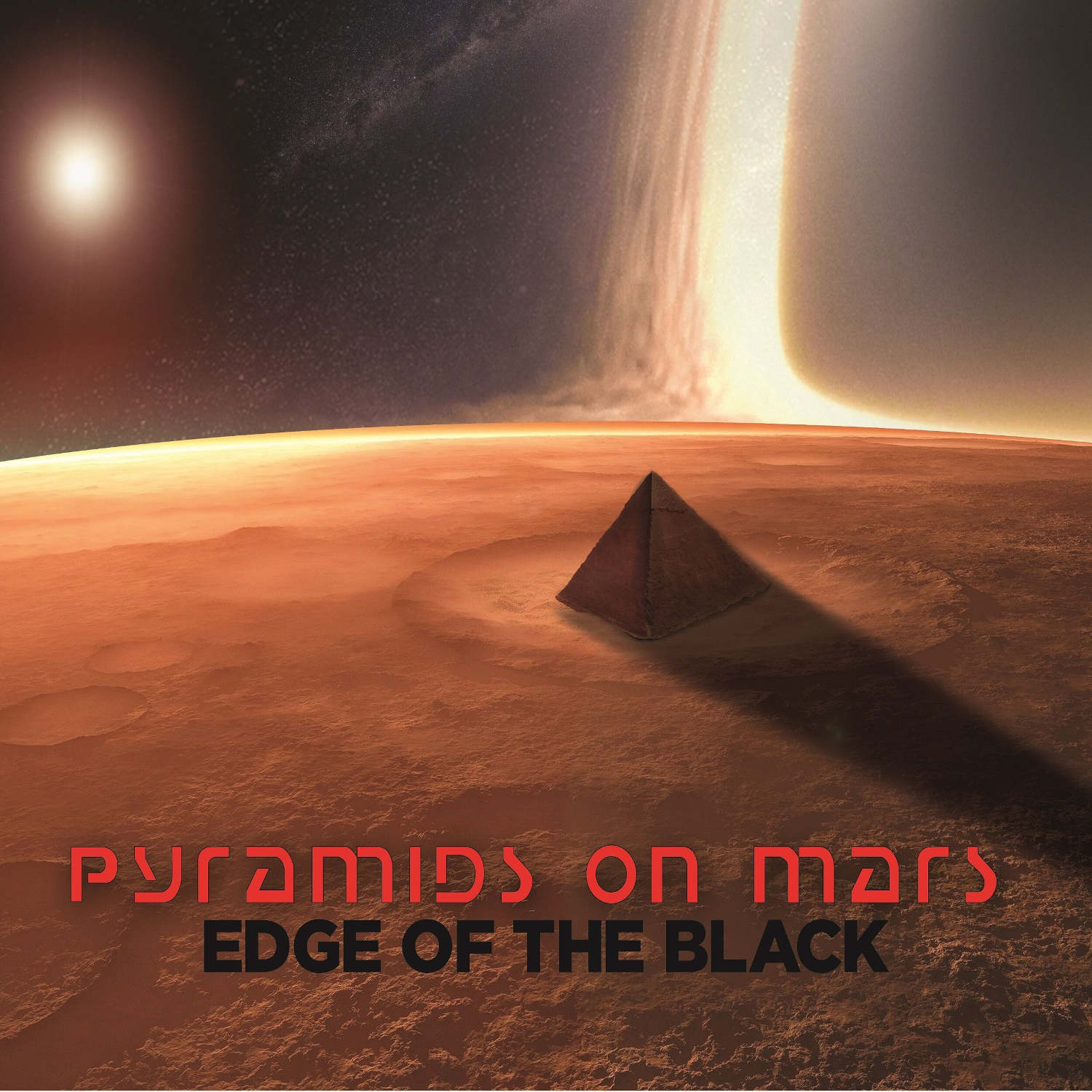